They say that gravity goes uphill in the Santa Cruz Mountains. “They” being the tourist traps that’ll take eight of your hard-earned dollars to see this freak of physics for yourself. But over Halloween weekend, there was a certain pull that had cars rolling uphill, winding along Empire Grade passing the UC campus, CZU fire burn scars, surviving structures, torched foundations, and pockets of untouched redwood canopy to the Crest Ranch Christmas Tree Farm, nearly 3,000 feet above San Lorenzo Valley, on the very top of Santa Cruz County.

The two-day Halloween Cyclocross Race, put on by the Rock Lobster team, had a way of defying the natural order of things. The crusty cycling carnival lured people as far as LA, Tahoe and even up to Portland, sucking them toward the mountaintop Vortex. 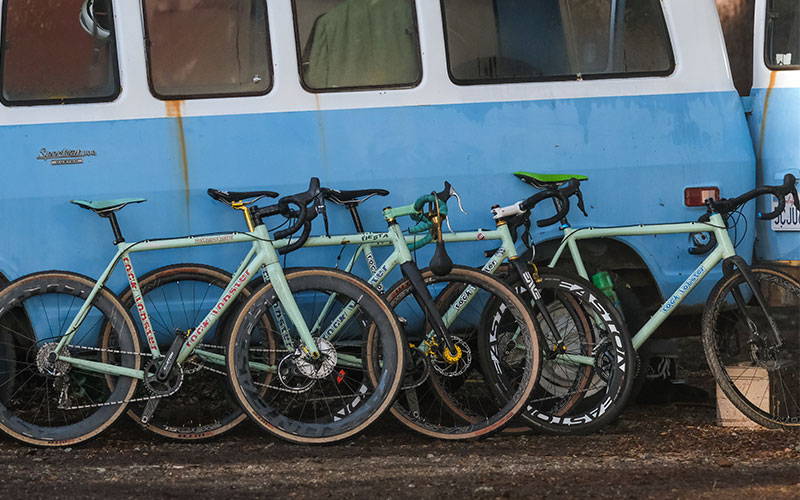 Paul Sadoff sat at a picnic table next to the start-finish. “This is what cyclocross in Santa Cruz used to be like,” he said, gazing past the crowd of costumed racers with the Loma Prieta Ridge and Mount Hamilton rising in the background.

The man knows a thing or two about cyclocross and the origins of the field riding species in this part of the world. He’s the one-man circus behind Rock Lobster Cycles, and he’s built those bikes in this misty corner of California for over four decades. He’s been around as long as there’s been a Surf City Cyclocross, which got its start back in 1978 earning it the distinction of being the longest running cyclocross series in the US. Back then, the sport was its own brand of jungle cross, more akin to short track bicycle bushwhacking than the slightly more refined drop bar spectacle that it is today.

He waxed a bit more about those vintage ‘cross days before wandering over to the podium to rip out an electrictrified version of the Star Spangled Banner on his stratocaster. The only thing Paul’s been doing longer than building bikes is shredding guitar. As that last D reverberated through the air, the racers were off and running, Le Mans style, toward the freshly cut course at the first-time venue at Crest Ranch. 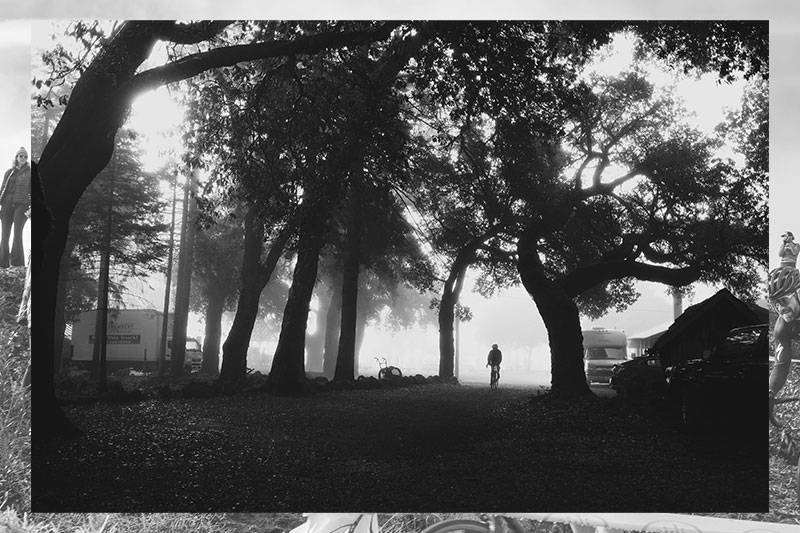 Joey Kochalis, local woodworker and patron sponsor saint of the current Lobster team, stumbled across the property during his normal day to day routine. Don’t let his wiry body, blonde stache or soft spokenness fool you–he’s as burly as they come. He grew up in the Santa Cruz Mountains, just across the valley in Boulder Creek, and much of his days are spent scouring the mountains, reclaiming massive conifers to mill into slabs that will eventually become dining room tables or bed headboards in fancy homes in Silicon Valley and beyond. When the hills were burning, he loaded up the truck with a couple of off duty firefighters, half a dozen chainsaws and spent days cutting firelines with the people of Bonny Doon, like CX legend and Doon lifer Justin Robinson, who fought day and night to save their community as the CZU came for their homes.

So when Joey went to the Crest Ranch earlier in 2021 to help remove some trees, he knew it would be the perfect spot for the Surf City CX/Lobster Cup renaissance. The series has long struggled to secure a reliable venue after years of NIMBY pushback and post race “cyclocross landscaping” forced racing further and further from town. He connected with the owner, Louise, and they both agreed the Crest Ranch was the cream of the crust when it came to venues for the Lobster Cup.

The property proved perfect. Brendan Lehman, the event director formerly known as Shredlox for his once lumbar length strands of dreaded hair, and the Lobster crew along with longtime Surf City director Jeff Clark spent months preparing the property. They cut brush, dug new trails, and cleared run ups. It yielded a back end of the course that had a strong flavor of 80s jungle cross sprinkled with a hint of Euroness. In fact, portions of the course were cut between the first races of the day after the swarm of new C racers unearthed two hives of angry bees that waited until race day to show their displeasure for the event in their neighborhood. 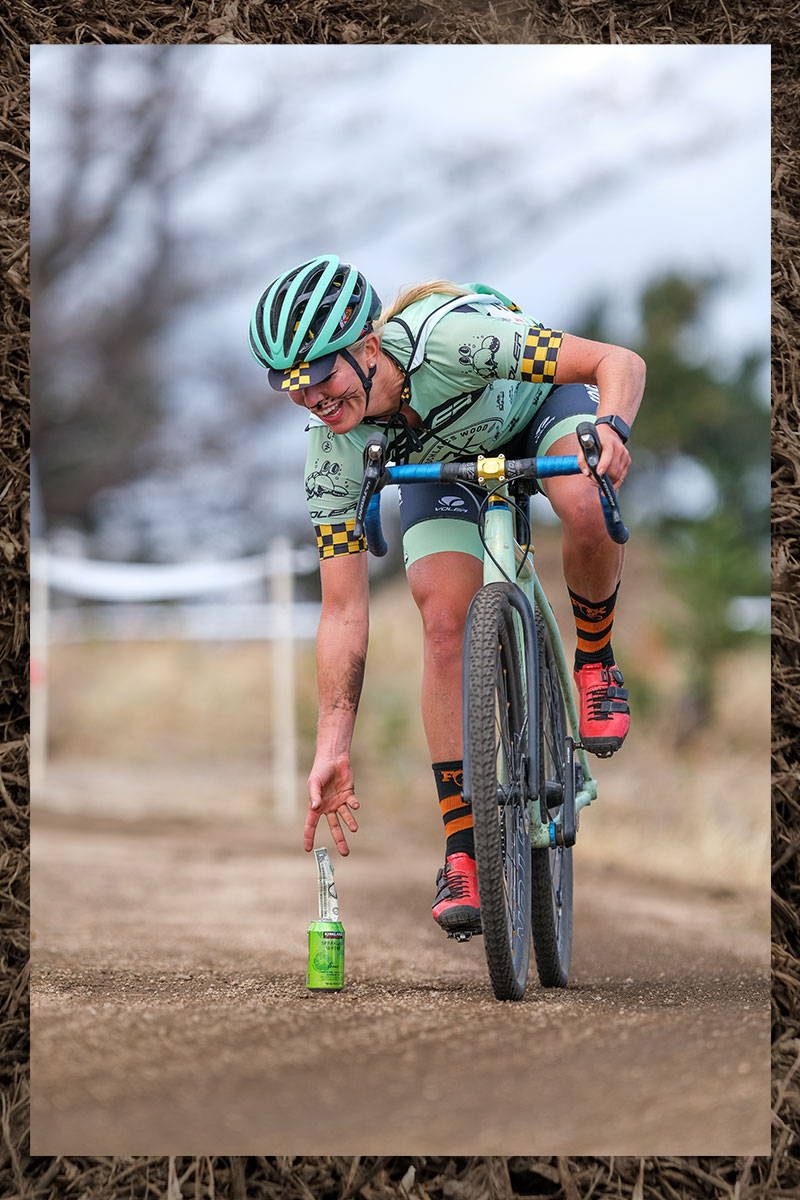 Not to be outdone by a few angry yellowjackets, Louise the second-generation owner and operator of the Christmas Tree Ranch started replanting tiny trees on the fly, moving irrigation lines and taping a reroute to save the race day. The saplings were still so small and sparse they’d cast perfectly in a Charlie Brown Holiday special, which meant they’d be no match for a parade of bicycle tires.

“I need every one that I’ve got!” She said while pulling the last of the saplings to safety. She wasn’t hyperbolizing. During the CZU fire, the family had to evacuate as flames burned up the drainage from Big Basin State Park. Her son stayed behind facing the harsh reality of the moment. They started cutting down the trees, their livelihood, building fire lines as the flames ripped up the mountain. They saved the property, but not before losing 50,000 trees to the wood chipper or flames.

The chipped remains were scattered and piled across a bare field where generations of families have happily harvested their Christmas Trees. Thanks to tough choices and brave actions folks will still be getting their trees from the ranch as the new crops grow back.

But in the meantime there was still plenty of cheer to be had even on the conifer remains. It was upon them that people camped, bands played, cowbells clanged and the course wound, still extracting cheer from the piles of Christmas Trees past. Nearly 700 people raced over them during the course of two days. Some wore smiles that had been hidden during a two year event hiatus, while most donned the pain faces that only cyclocross brings out.

The bike racing itself was as you’d expect it to be. Worth about a paragraph of your attention span here, but providing hours of all time entertainment in person. CX veterans Caroline Dezendorf and Tobin Ortenblad won both days, fending off some serious threats from the groms, with 16 year olds Vida Lopez de San Roman and Dan English taking second in the elite races both days. That bright future of NorCal cycling was enough to even make a crusty old cross racer’s heart swell with pride.

But the real magic of the weekend was the resurrection of cyclocross in Santa Cruz County. Neither fires, nor gravel, nor NIMBYs, nor pandemic postponements had seemed to dampen the spirit of those attending the OG cyclocross series. The joy beamed off the faces of the 30 boys and girls who showed up for the junior races. It shone from Louise, watching all these people enjoy a special place that she almost lost. The roars of the crowd and the laughter amongst the racers rang out as they paraded around the Christmas Tree Ranch, decked out in the finest Halloween garb. And there’s nothing quite like the look on Justin Robinson’s face, who even well into his 40s and long after his pro career came to a close, loves to race a bike so much, he doubles up on racing, for the pure love of the game.

And there were plenty of toothy grins and wry smiles from Paul Sadoff himself. The man who was ultimately responsible for this giant party high in the Santa Cruz Mountains. At the suggestion of such, he shrugs it off. “There's no way I could have done what Brendan did - I'm not made of the stuff that can delegate and organize at that level. Truth be told, I'm relieved that my duties were limited and mostly ceremonial- I'm getting to the age where that's how it should be.”

He’ll be the last to take any credit, and the first to give it. But that’s why there are people like me. To recognize–through all the modesty and complimentary deflection–that a couple of frames, welded together in a cold shed, somewhere over there on the other side of the San Lorenzo Valley….to think that some hunks of metal could spawn all of this, to pull everyone together after a pandemic, to bring some hope and happiness to a community rocked by wildfire….now that’s a Crustmas Miracle if I ever seen one. 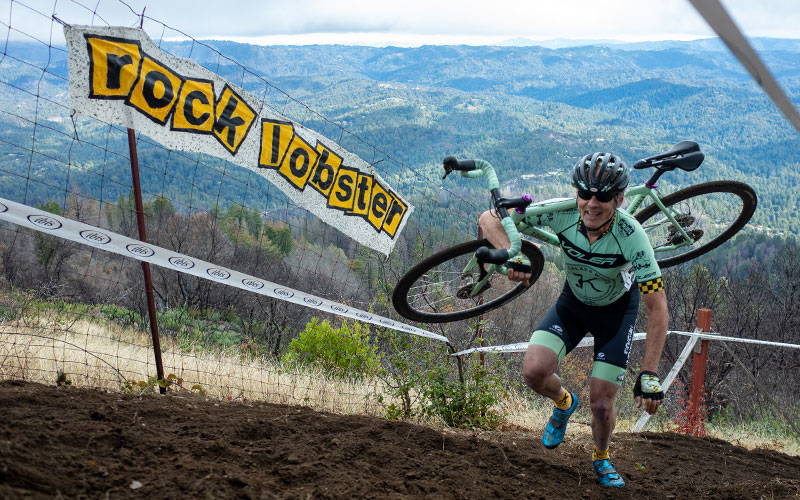 Rock A Stache, Raise Some Cash: Voler X Payson Go All In for Movember