This last July John Borstelmann lined up with gravel's elite in sunny North San Diego to take on 131 miles of hilly road and gravel bliss. With the race being rescheduled to the middle of Southern California's summer, riders took on a host of new obstacles from the 4am thunderstorm wake up call to the sweltering heat on the Zwartzenberg Climb. Read on to get an inside look at how the race played out for the top players.

As usual, I rolled up to the start line of #BWR with plenty of time to spare (eight minutes, to be exact), which put me at the very back of the “first wave” of several hundred riders. Maybe I’ll shoot for nine minutes next time. So, after the gun went off, it took a full thirty seconds for me to start rolling. No worries, the first few miles are neutralized, right? Wrong. Or at least that was what my legs thought as I burned through a couple of matches riding well above my anaerobic threshold just to catch sight of the leaders. I dodged a crash in an unexpectedly wet corner that forced me onto the opposite side of a divided four lane road. A stroke of good luck that would follow me throughout the race.

I made it to the head of the tadpole just a couple of miles before the crucial bottleneck at the start of the first dirt sector. And, man, we practically sprinted each other to be in good position. Howes, Stetina, McElveen, Strickland, Boswell, King, Anderson, Berry, Vermeulen, etc, etc. All of the big names were there, spread out ten riders wide across the road like we were lining up for a sprint finish at #LeTourdeFrance. Uphill at full tilt, a u-turn, then one mile of fast downhill before a sketchy off-camber hairpin into a dry creek crossing full of pointy, apple-sized rocks. Follow that immediately with a curb to be hopped and a technical, rocky, single track climb maxing out at over 10%. 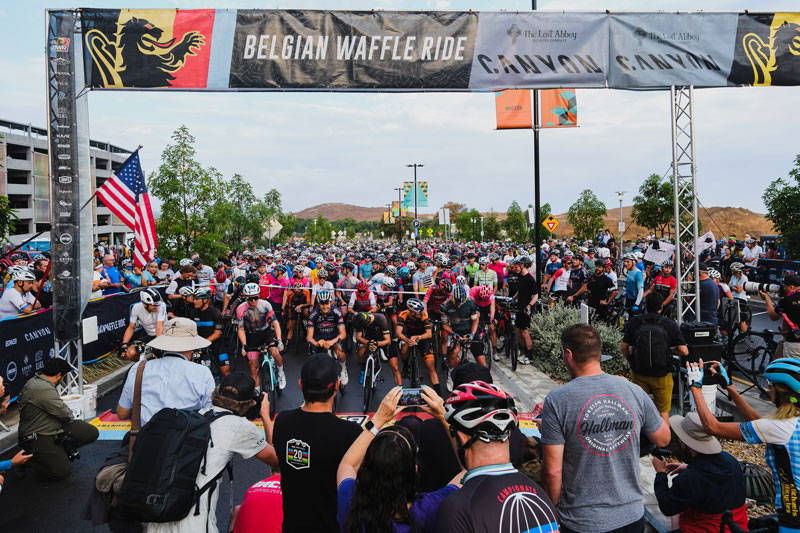 It wasn’t pretty, but, after entering the #dirt section around 25th wheel, I managed to avoid the carnage that followed. Gaps opened up when riders took wrong lines and had to stop and unclip. Notably, I passed Alex Howes on the side of the trail as he bended over to fix a flat tire. Fortunately, there were no crashes yet, but the relentless pace over the sand and rocks set the tone for the rest of the day’s off-road sections.

The front group was cohesive on the first major climb of the day up the varying grades and smooth asphalt of Highland Valley Road. The pace was hard but doable until we crested the top, where everyone relaxed completely. Everyone except for Sandy Floren, the tenacious young mountain biker who took off on his own, and Stephen Vogel, the beastly time-trialist who bridged up to him. Four other riders were off the front at various points between the end of the Highland Valley climb and the top of Black Canyon Road, including Brennan Wertz, Miles Hubbard, Brody McDonald, and Tanner Ward, all strong and accomplished elite road racers in their own right. 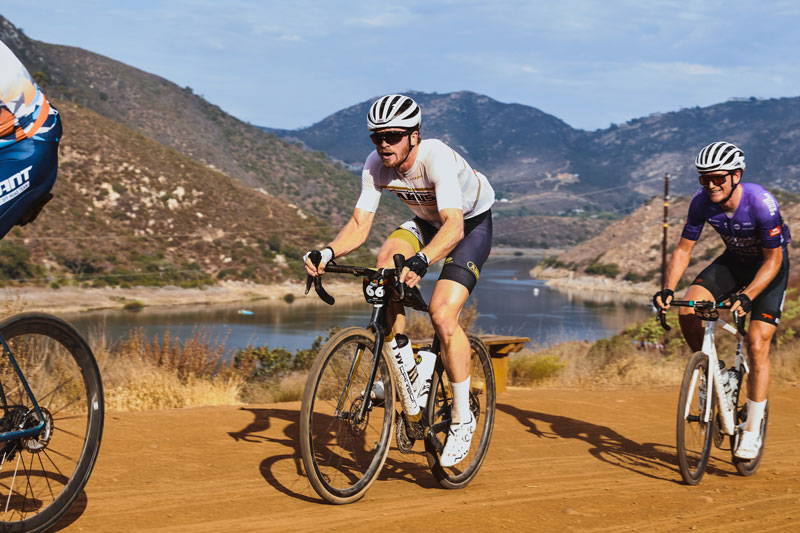 The peloton, however, remained unperturbed. We rolled along at such a leisurely pace that I began to doubt my decision to forego an attack. But that all changed once we reached gravel at the base of Black Canyon, the longest climb of the day, when Eddie Anderson and Pete Stetina hit the front. They traded hard, steady pulls all the way up the hour-long ascent, dropping plenty of guys along the way and bringing back Ward, McDonald, Hubbard, and Wertz.

Floren and Vogel were still off the front and well out of sight, but even that wasn’t enough motivation for our group to get organized. There was plenty of moaning to be heard, from myself as much as anyone else, as riders skipped pulls and contenders hid at the back. Colin Strickland attacked multiple times, preferring to drill it solo into the headwind on the 20-mile-long rolling descent than continue to try to work with our ragtag bunch. 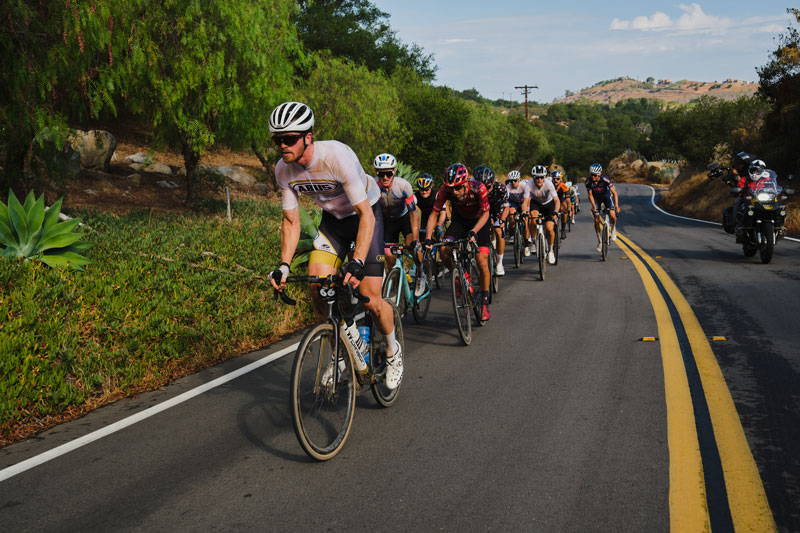 After a dangerous single-lane drop full of potholes and washboards down Sutherland Dam Road, we merged back onto Black Canyon Road. The slower portion of the 4000+ rider field was going the opposite direction, forcing us onto the right half of the narrow, loose gravel surface. Ted King and Pete Stetina crashed at slow speed in an unavoidable pit of sand, while Alexey Vermeulen and I had to come to a complete stop behind them, doing track stands, to keep from going down ourselves. Later in the same section, there was another crash that I barely avoided. My front wheel slipped in sand and almost washed out half a dozen times. Somehow, I stayed upright and my tires stayed inflated. Luck was still on my side as the temp rose above 100F.

Sandy Bandy, another stretch of single track at mile 93, strung out the faltering peloton, and the subsequent half-mile wall blew it up. Stetina, Vermeulen, and Anderson got a quick gap on the rest of the group, including King, McElveen, Strickland, and myself. I saw Stetina and Vermeulen start to distance Anderson, so I sized up the fatigued pedal strokes around me, got out of the saddle and surged. No one came with me, and I caught Anderson just over the top of the climb. The two of us worked together and pulled back Stetina and Vermeulen by the bottom of the twisty paved descent. Then, Anderson took a pretty hot line onto the next loose dirt trail and wiped out, unfortunately for him, but luckily no one else went down. Fingers still crossed.

The onus of bringing back the two leaders fell to Stetina and me since Vermeulen didn’t want to pull through, but it wasn’t long before Vermeulen flatted. Then it was just two of us, racing for third place unless we could catch Floren and Vogel. Stetina and I battled cramps and fatigue while picking lines through the rocks and sand, even hopping off our bikes and hoofing it over a section of boulders at one point. Pro mountain biker Russell Finsterwald miraculously caught up to us when we got back on pavement at mile 110, and soon the three of us caught and passed Vogel who was running on fumes after struggling to keep up with Floren over the prior dirt section. 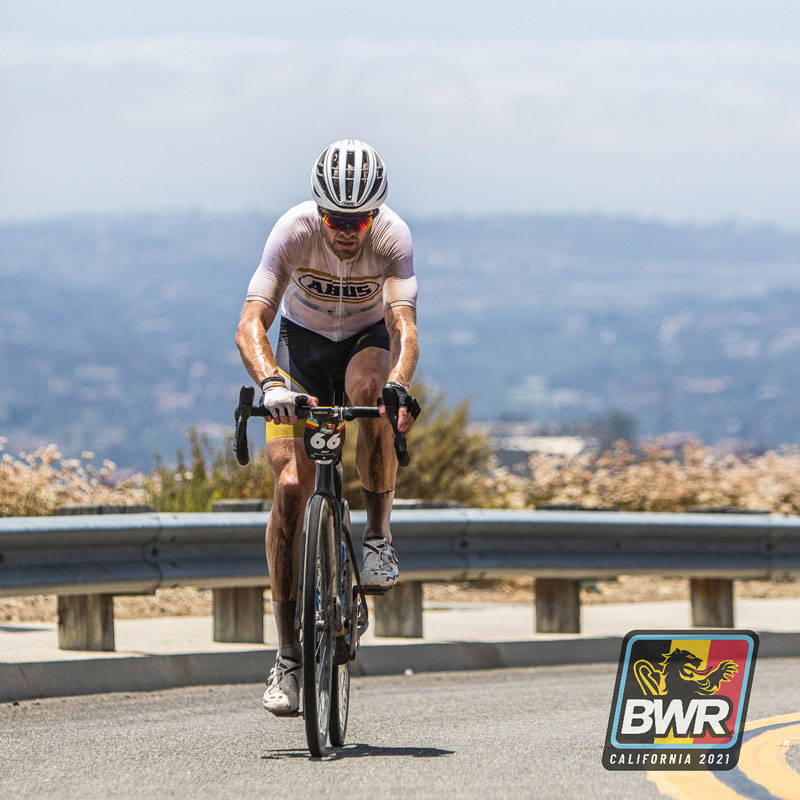 The fight was now three on one, but I could see the writing on the wall. Every time the highway pitched up, Stetina seemed to have some juice left that I knew I wouldn’t be able to match for long. Once we hit the dirt of the Questhavensberg climb at mile 120, there was nothing Finsterwald and I could do except watch and wheeze while Stetina darted away from us.

The ugly, slow-motion death march continued up the 20% grades of the final Double Peak climb, when I totally cracked and was again forced to watch as Finsterwald got farther and father up the road. The rowdy cheers, goofy costumes, and bumping music from the sides of the road buoyed my spirits along with the knowledge that I had probably secured a podium spot, but my legs refused to move any faster. I made it over the top without having to get off my bike, took the technical dirt descent carefully, and pedaled my way in for a 4th place finish, 4:27 behind Stetina, 2 minutes behind Floren, and 1 minute behind Finsterwald.

I was totally wrecked and happy to have made the podium, but still a little disappointed not to have been one or two steps higher. Nevertheless, it was an honor to share the podium with such stellar riders and to catch up with Stephen, who I knew from my first guest ride stint with @volerfactoryracing at BC Superweek in 2018.

As anyone out there could have told you, the mid-July heat of San Diego County was one of the biggest factors in the race. It might have been a different story for me if I hadn’t been blessed with the ventilation and aerodynamics of my @abuscycling Aventor helmet and my @volerapparel Velocity Ascent jersey. I can’t imagine having a better setup for a hot race like that.

Finally, thanks a ton to @nahtayfrito and Janelle for putting me up for the weekend, @enduranceptc for personalizing my training plan despite my ridiculously erratic schedule, and @precisionhydration for the tasty electrolyte tabs which kept me cramp-free until the very end. Had a blast catching up with the boys @kylekirby, @coolin_815, and @quintenkirby too. 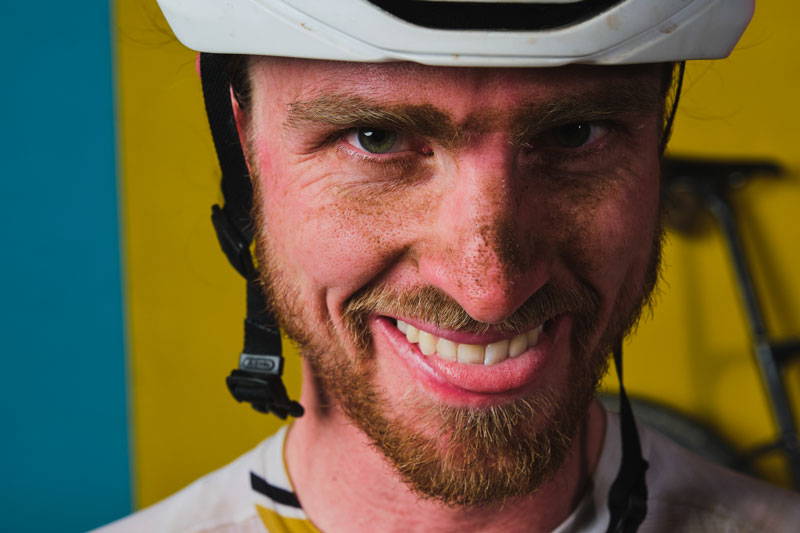