After missing more than a year of racing, I was beyond ready to return to stage racing with Voler Factory Racing. And for that first race back, we were going big in South America, heading to Brazil for the Volta a Goias. And what a race back it would be for the whole team...

Colin Patterson and I arrived early, and while waiting for our other teammates and director to arrive, we rode around Goiania and tried some of the local restaurants. After a day, we linked up with our director, Gus, and guest rider/translator Rolly Weaver. Everything seemed to be going smoothly until we received word that our teammate John Borstelmann had been delayed, and after some frantic phone calls, it became clear that although John would make the race on time, his bike and bags would not.

Further complicating things, John’s bag contained most of the spare Voler team kits for the guest riders, but thankfully, Colin had just enough spares to cover everyone. John was still without a bike, but Rolly went and talked with the guys under the Shimano tent, and the neutral support crew was nice enough to loan John a bike until his showed up. All-star guest riders Drew Christopher, Jim Maddock, and Anders Johnson rounded off our squad. 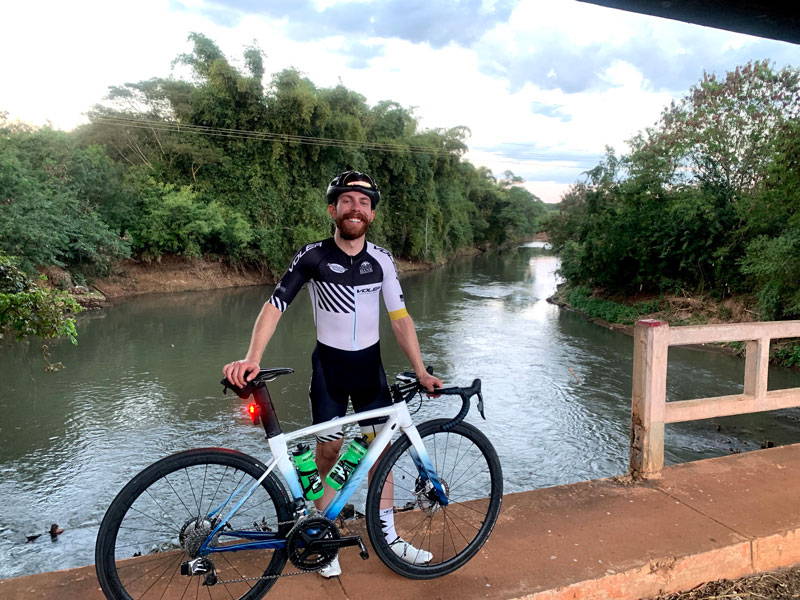 Stage 1 - Getting the Nerves Out

The first stage of the Volta a Goias boasted nearly 220 riders and a 108 kilometer course with 5,000 ft of climbing. The field was a talented one, English was not the primary language. The racing started with a very sketchy neutral rollout, where John lost a bottle out of the only cage on his Shimano neutral bike, leaving him one bottle in his jersey for the rest of the day. Our director, Gus, shared a team car with the dad of a junior rider who was dropped almost immediately, so we didn’t have a team car for the entire stage.

Following the rollout, the nerves in the group became apparent. Riders got sketchy left and right, and I counted probably six or seven crashes throughout the day. Anders covered some of the more threatening moves like a veteran of the sport in his first real stage race; the dude looked like a pro. John and Colin took some stabs at getting off the front but to no avail, and finally, Anders made a breakaway with a couple other riders, stayed out for about 30 miles, and took 2nd in the KOM sprint. After it all came back together, I tried to stay up near the front as much as I could, covered a couple solid attacks, and then ended up sitting in for the rest of the day. Colin, meanwhile, made a group of 6 that ended up going all the way. Legend. He drove the uncooperative break most of the way home, and finished fifth. Stoked on Colin’s ride, we cruised back to our hotel to eat, sleep, and get ready for day two. 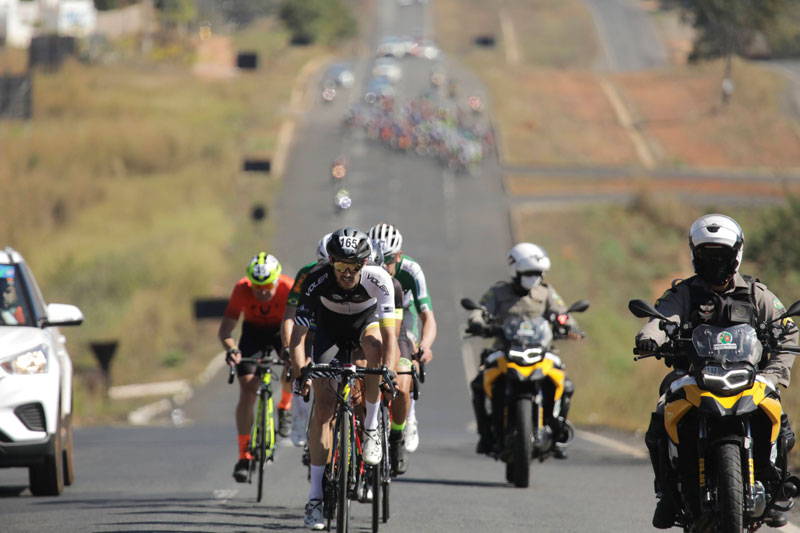 The second stage boasted another sketchy neutral followed immediately by a decent amount of climbing, which meant that making it through the first hour with the pack resulted in a lot less sketch than the first stage. The only crash today was some dude who lost his front wheel at the turnaround. The race was 125 kilometers or so, and I planned on sitting in for the finish, which was the same every day. Drew kept us hydrated all day, doing a wonderful job running back to the team car to grab bottles whenever it was necessary. A break went up the road after an hour or so, and one of the stronger teams, Swift Carbon, went to the front to keep it in check. They reeled them back just before the KOM climb, and suddenly, it was full throttle all the way to the top. Colin and stayed together the whole time. The group whittled down to about 40 riders, with John and Anders also making the selection. Feeling confident about my ability on the rolling final stretch, the team rode to set me up for the stage finish. They kept me well positioned through the rollers, and over the penultimate climb we moved behind the leadout of the Swift Carbon team.

We rallied up the left before someone moved out of the group in front of me, forcing me onto the guardrail, and then he promptly imploded. After getting around him, I had to grab a handful of brakes as another rider had pulled his parachute out and went screaming backwards, again forcing me into the railing. I didn’t die, had to reaccelerate again, went through the final turn in about 10th with a gap to the front group, and hung on in the sprint for 8th. Not what we were looking for, onto the next. 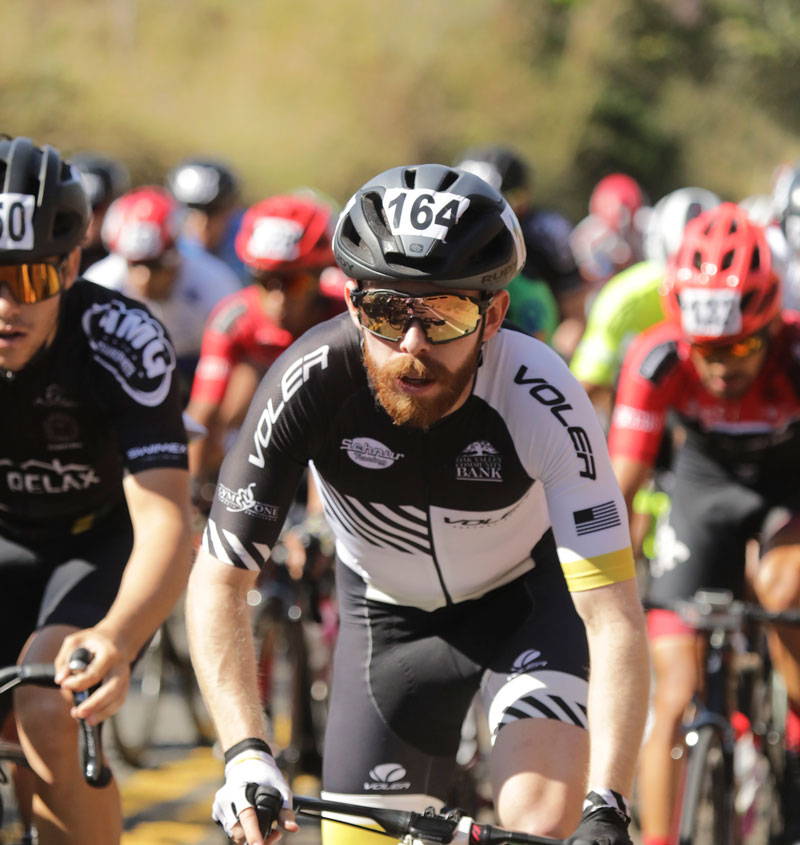 Stage 3 - The Luck Runs Out

The day started with another dangerous neutral, and it was the first time Colin and I were unmotivated to maintain our positions. We ended up in the back of the group, and realized that was not where we needed to be. We moved up and to the left just as a HUGE crash occurred on one of the downhills. If we had been any farther back, we would have certainly gotten caught up in it or crashed. After that, more nervous racing. Colin and I made it over the biggest climb of the day in the top 10, with John and Anders not far behind, and after it bunched up again, the whole gang was back together.

In previous years, crosswinds had splintered the field through the middle of the third stage, so in anticipation of this, I rode aggressively all the way through the mid-stage sprint to keep myself in the front bunch. It was a good thing that I did. Immediately after the line, Swift went to the front and hit it, HARD. I made the front split of about 15 after having to move past countless dropped riders. John flatted in front of me, but was replaced by Colin, who moved up from behind, saying, “that was the hardest thing I’ve ever done in my life.”

About three minutes later, however, the luck ran out, as a rider a couple wheels ahead ran out of talent. I tried to bunnyhop a rider that went down, but clipped my rear wheel as he bounced off the asphalt. Then it was my turn, and I hit the deck hard, with Colin crashing behind me. I knew I broke my arm pretty quick, and stayed down in case of any injuries to my neck or back, as I hit my head extremely hard as well (thankfully, my Rudy Project lid kept my noggin safe). I also ended the life of my beautiful Voler velocity skinsuit, may it rest in peace.

Anders recognized the severity of my crash, and after sending Colin off on his bike, came to check on me. I tried to convince him that I was ok, and after I made what were probably some very funny jokes that I wish I could remember, he was off and riding. The ambulance ride was bumpy, and sucked, and the hospital was a real challenge. Nobody spoke English except for one man, and he was far from fluent. One of the nurses asked for my Instagram handle though so I’ll probably end up with a wife and kids, who knows. Finally, Gus and Colin came and got me. After another hospital visit, the decision was made for me to fly back to the states for surgery. As always, I feel very fortunate to have such incredible people in my corner. 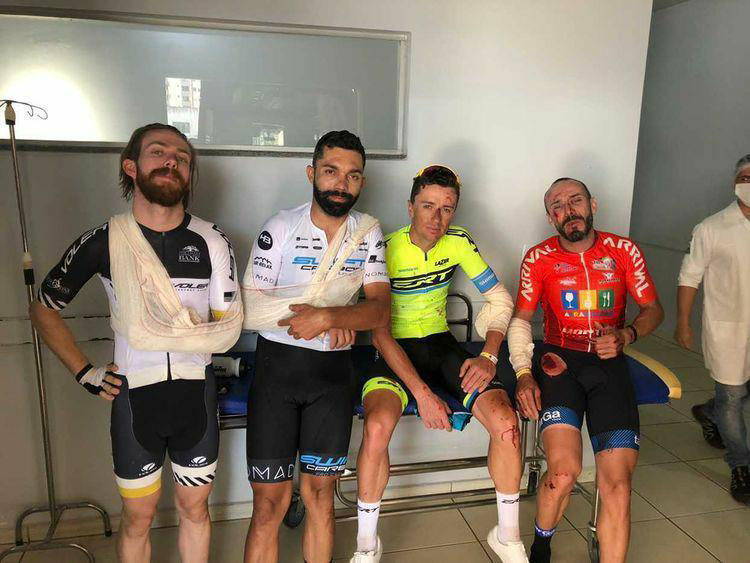 I was disappointed that my race ended, and sad that I wouldn’t be racing for some time, but the biggest disappointment was that Colin had been second in the general classification. We had also been leading the team GC before the crash. I was about to depart, traveling to Brasilia to catch a flight back to LA, feeling as though there was no way the race would turn around for Voler Factory Racing. I couldn’t have been more wrong.

In the fourth stage, John and Anders both found podium spots, finishing 4th and 5th, respectively. I saw them for a little before I left, and I couldn’t have been happier that they were able to get it done. I was all smiles on the four hour drive to the airport. 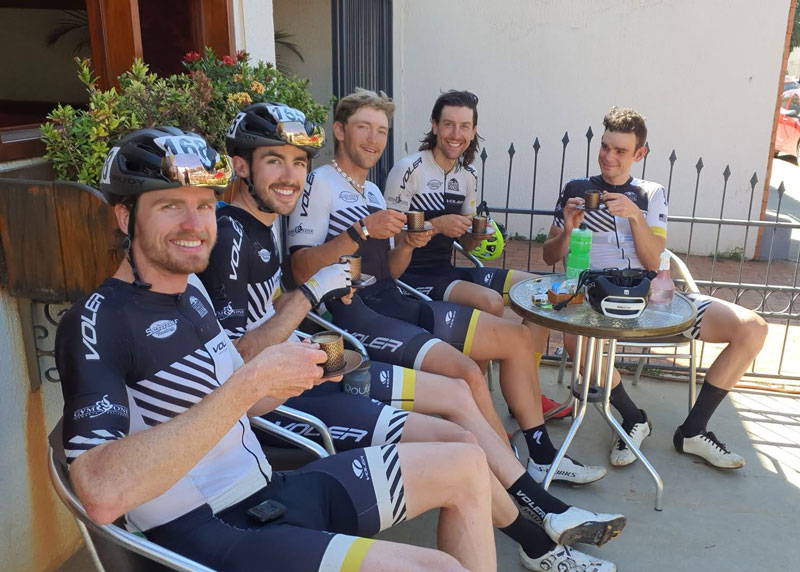 The time trial was next, and the boys killed that one too, finishing well even without time trial bikes, as we all chose to travel light with just our road rigs. The final stage was a shorter criterium with only two 180 degree turns, which we felt good about, being a team that focuses heavily on the USA Crits series. The squad rode aggressively, and with more than a few laps left, John went off the front with two other riders. He drove it to the line and then lit it up on the final stretch, taking our first win of the race on the final day. 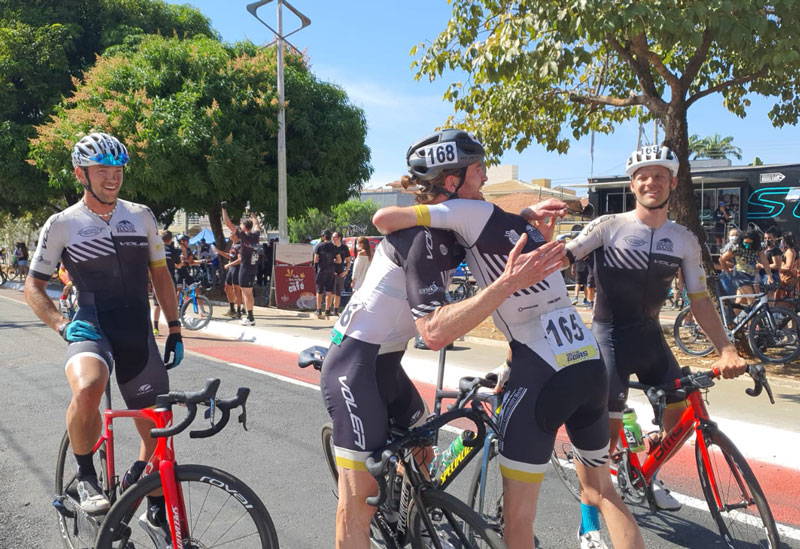 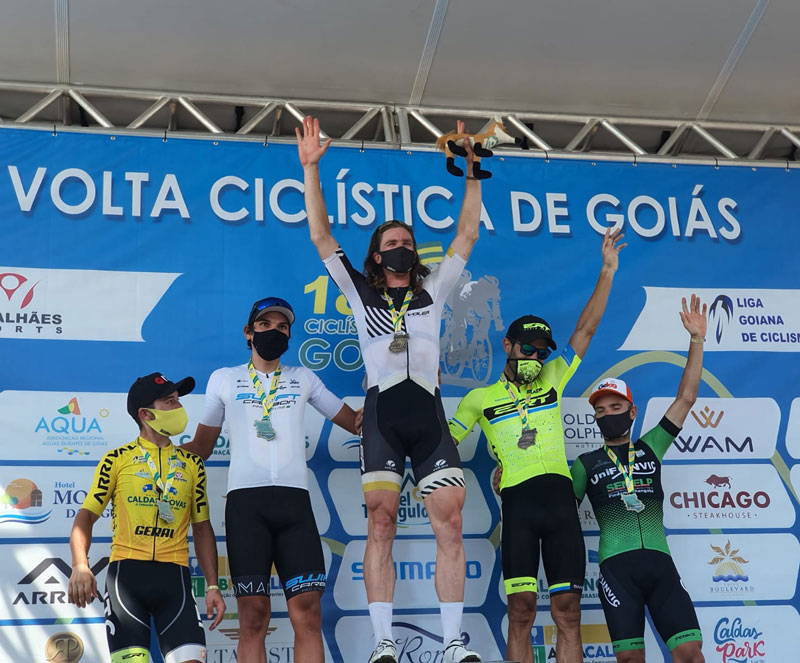 Here I am, with a semi-functional right arm and a broken left arm, reminiscing about how fun this trip was. It feels weird, since I’m not fully healed, but I’m already excited to do it again.

AIDS LifeCycle Back on the Road for 2022