Now reading: PAYSON MCELVEEN CROSSES TASMANIA
PrevNext
This ride was inspired by Payson's previous "Crossing" in Iceland last fall. Where the goals in Iceland were more focused on speed and setting a record, Payson, with the help of Tasmanian endurance rider Emma Flukes, developed a route more geared towards adventure and showcasing as much of the island as possible. Tasmania, which is one of the southernmost landmasses on the planet, is an island state off the coast of Australia. It boasts one of the most diverse natural environments, and is home to many unique flora and fauna, some of which are endangered. Payson's route began on the wild, largely uninhabited northwestern coast, the site of the cleanest air in the world. The route then headed south-east, skirting the Tarkine, one of the largest remaining subtropical rainforests in the world. From there, the route continued east through diverse landscapes and terrain, from serpentine paved roads, to abandoned backcountry trails. Payson came face-to-face with three Tiger Snakes, one of the most venomous on the planet, and made friends with hundreds of wallabies and wombats-- even spotting the endangered Tasmanian Devil and several Spotted-tail Quolls. Payson also encountered some of Tasmania's rural communities and their friendly locals at his three refuel points, one of which even insisted on staying open late when they heard he'd be passing through. The 360 mile route crescendoed in difficulty, featuring 50 miles of trail and 11,000 feet of climbing as a grande finale, including the world famous "Blue Derby" trail system which has won best EWS venue two years running. The epic ride concluded on the white sand beaches of the Bay of Fires after 32 hours and over 34,000 feet of climbing.
Throughout the project Payson relied heavily on local help for logistics and production. While sharing the natural environment of Tasmania with the bike riding world, introducing local characters and sharing their stories was a major goal as well. The forthcoming film, produced in conjunction with Joey Schusler and Thomas Woodson and edited by Aidan Haley, will premier at the 2023 Sea Otter Classic and aims to share stories beyond the athletic achievement of this ride.
Payson rode an ALLIED BC40 mountain bike in his custom San Juan paint scheme, with 100mm Rock Shox suspension, a SRAM Eagle AXS drivetrain (34x 10-52), ZIPP post, bars, stem, and aerobars, and MAXXIS Aspen 2.4 tires.
This project was funded by MAXXIS, BOA, Orange Seal, SMITH, Dometic, ALLIED, Osprey, Red Bull, ZIPP, TIME, and Voler Apparel. 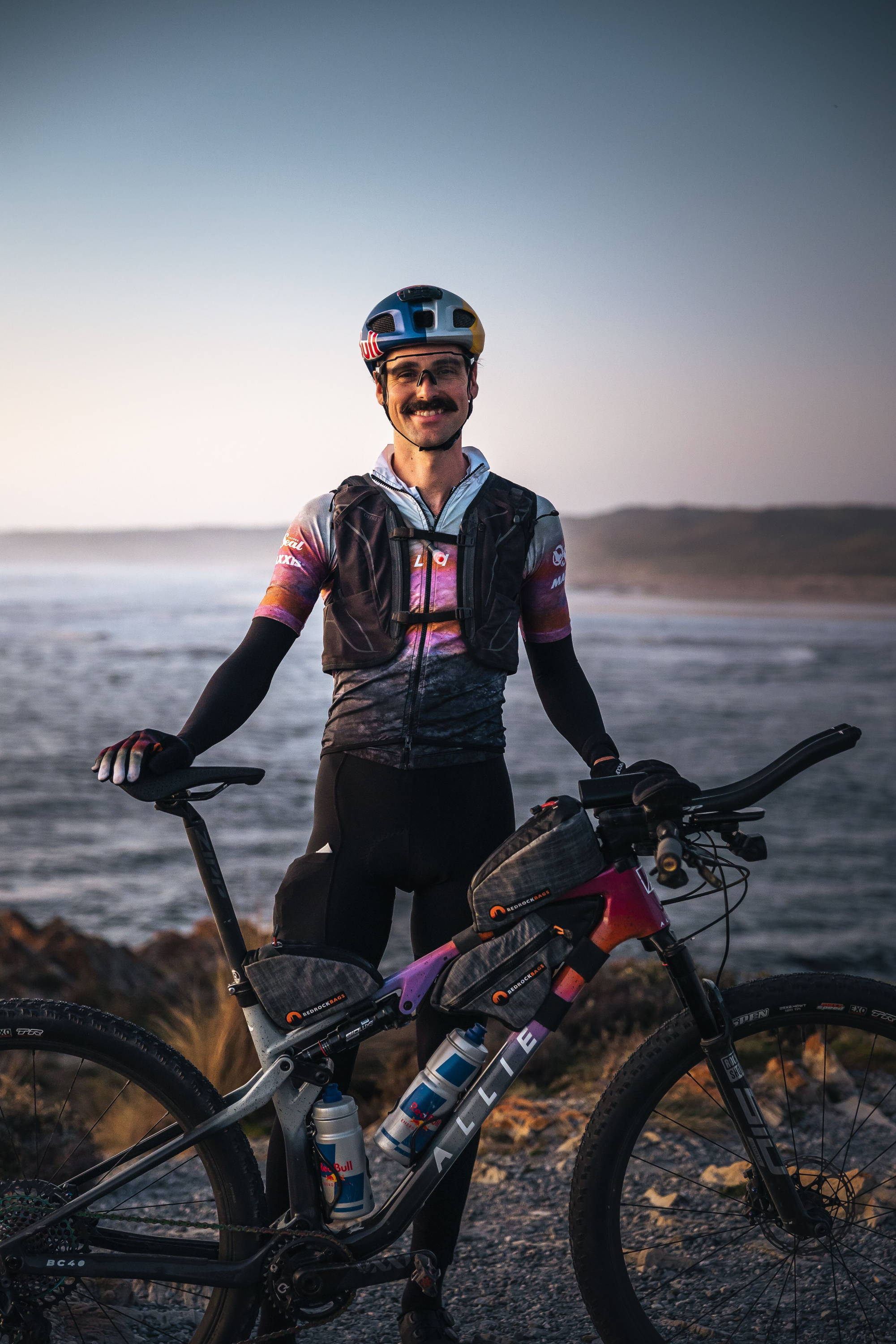 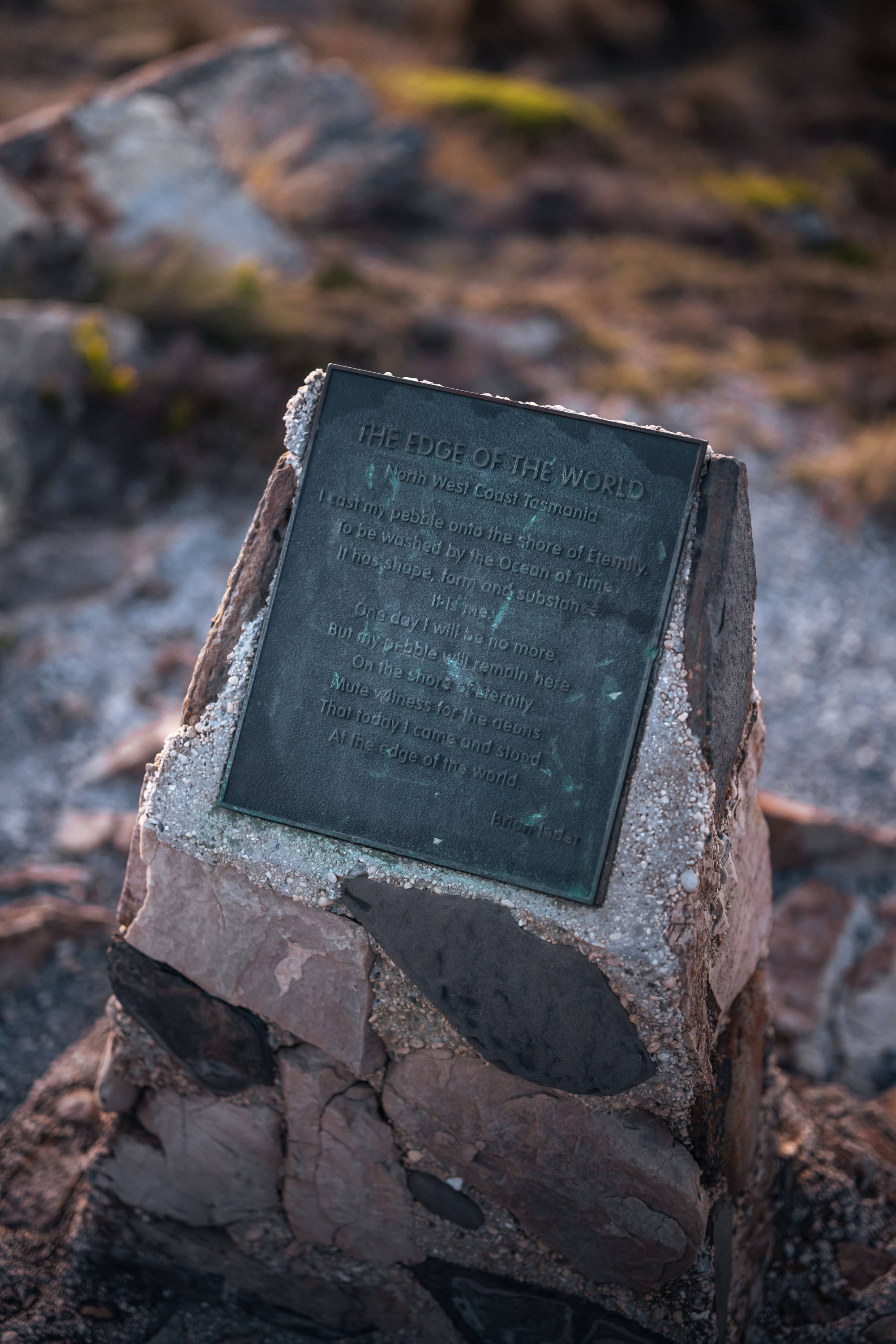 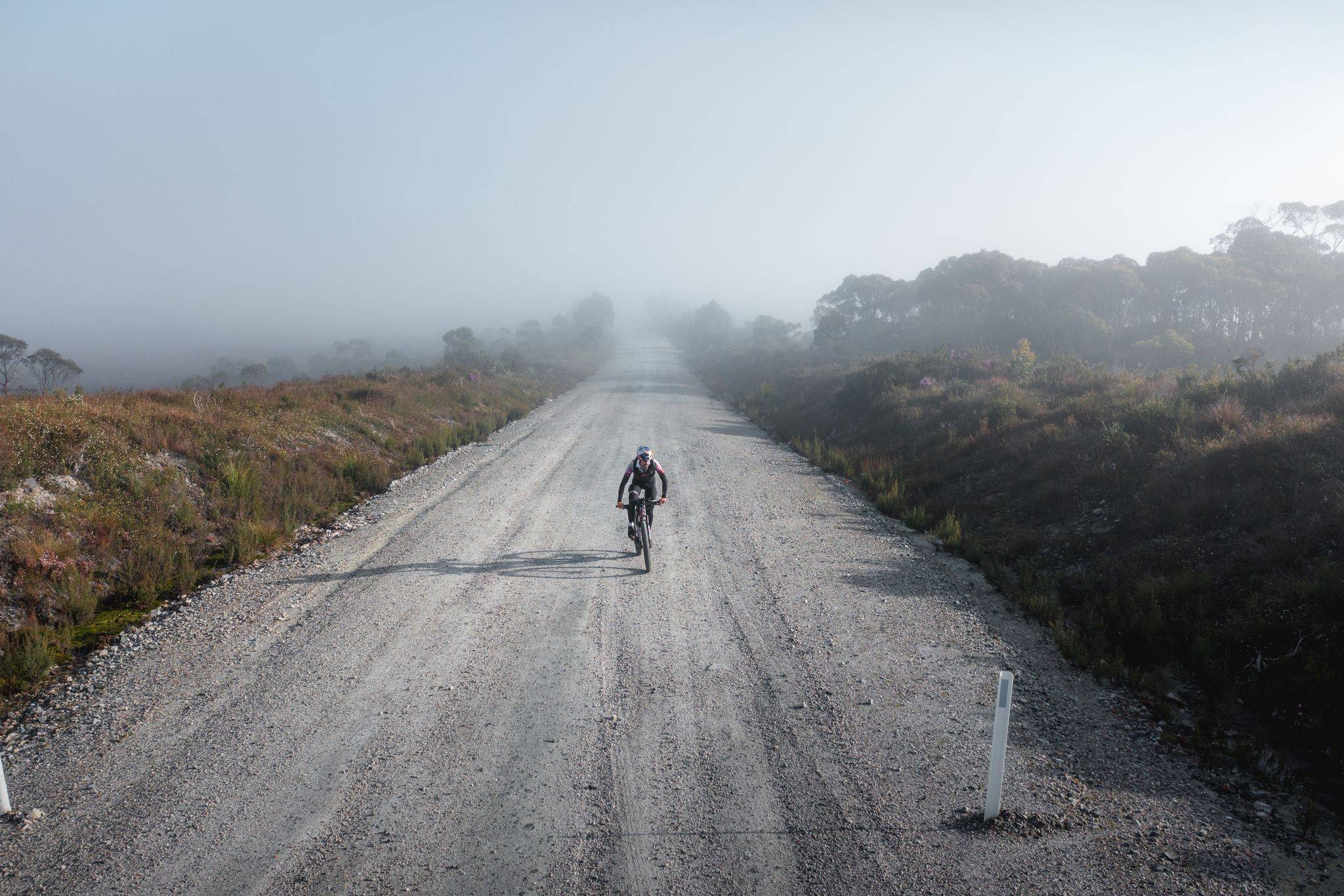 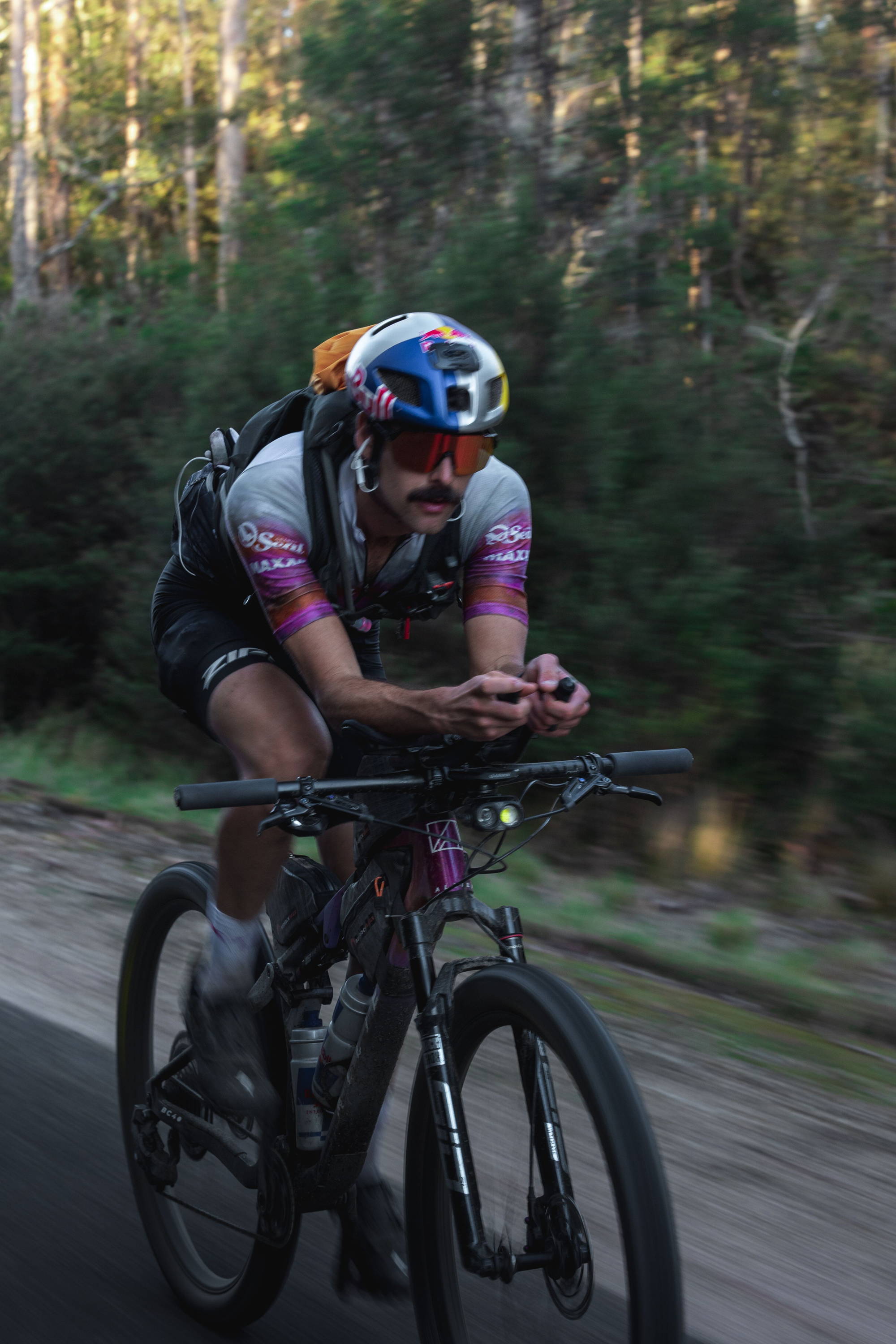 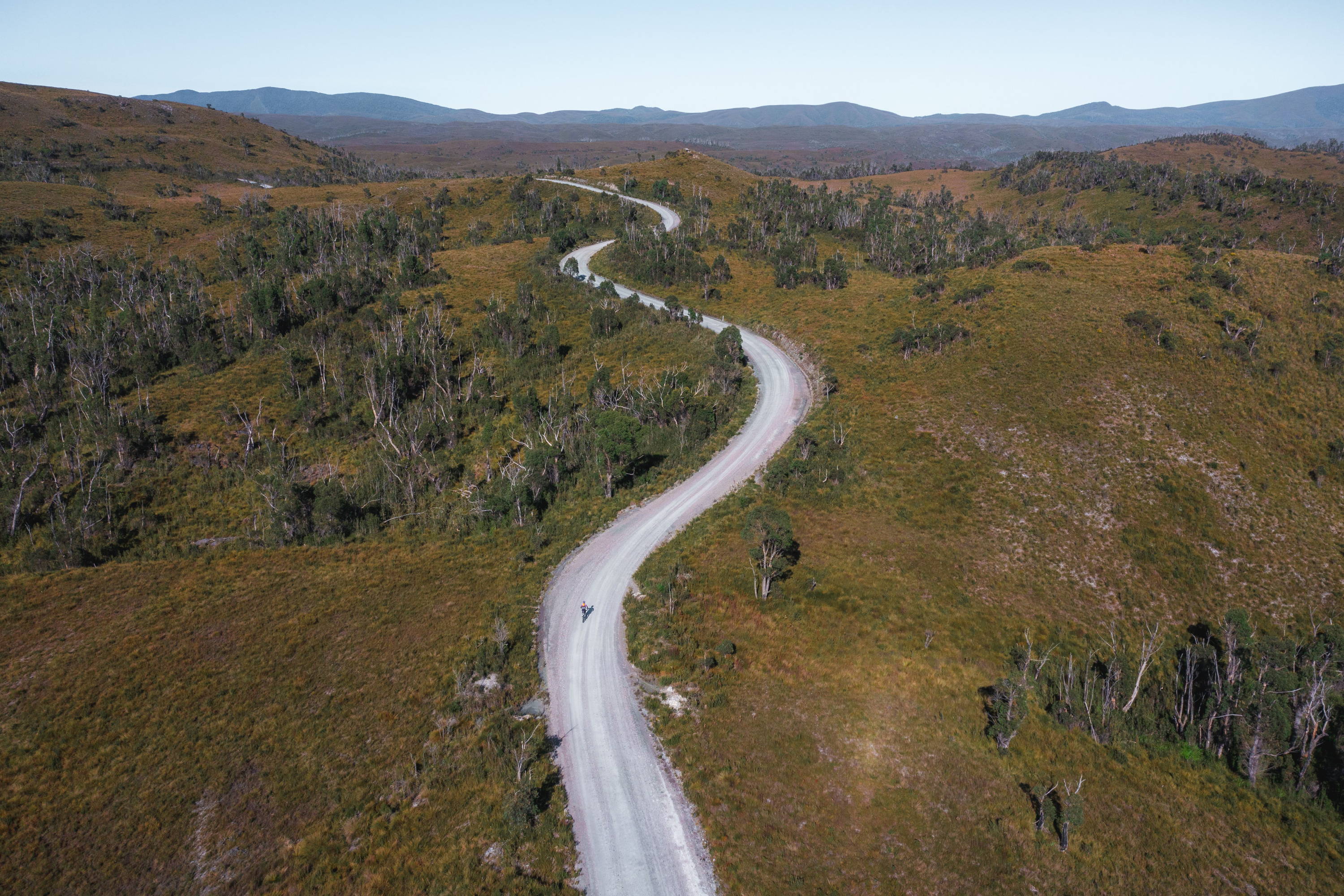 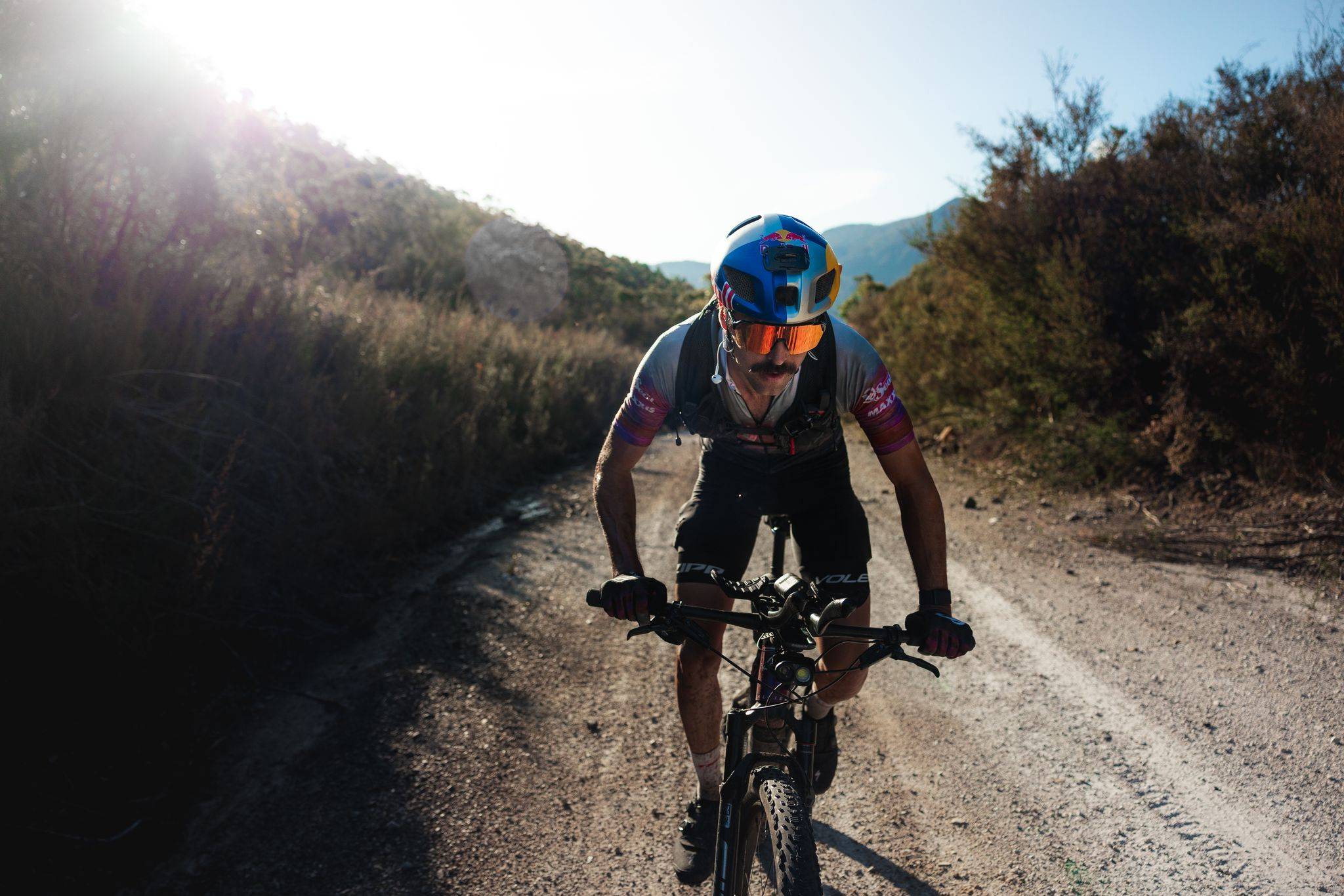 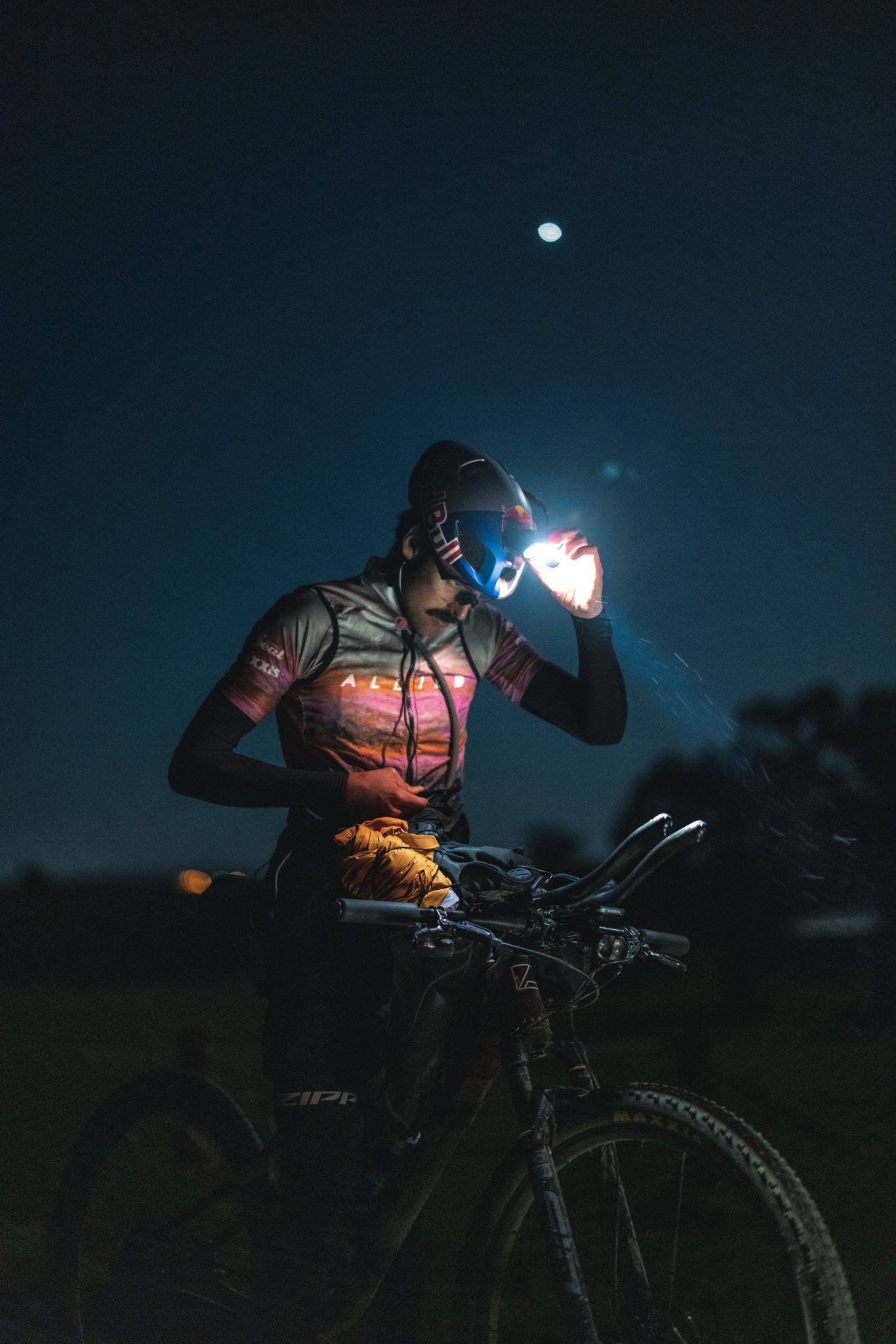 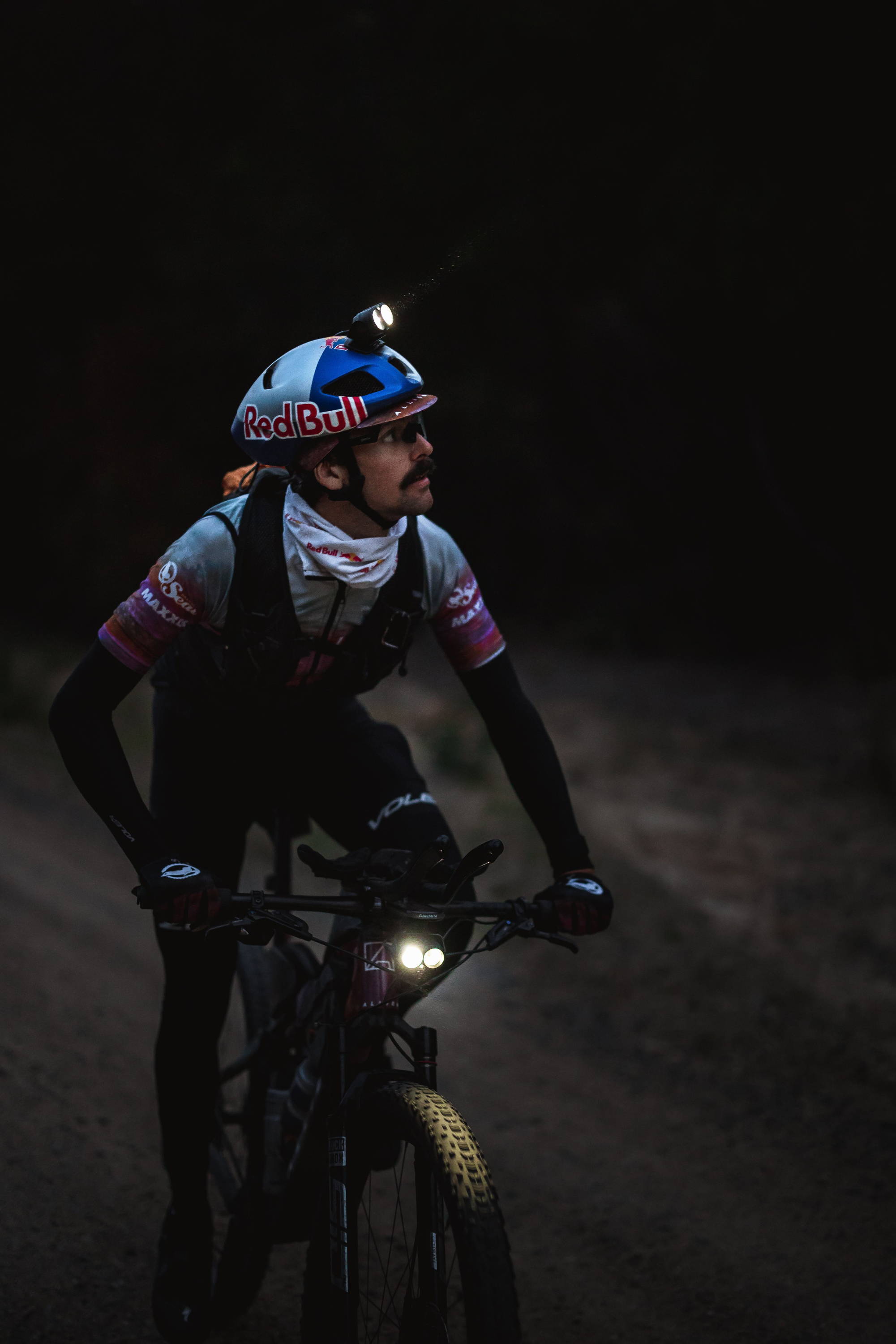 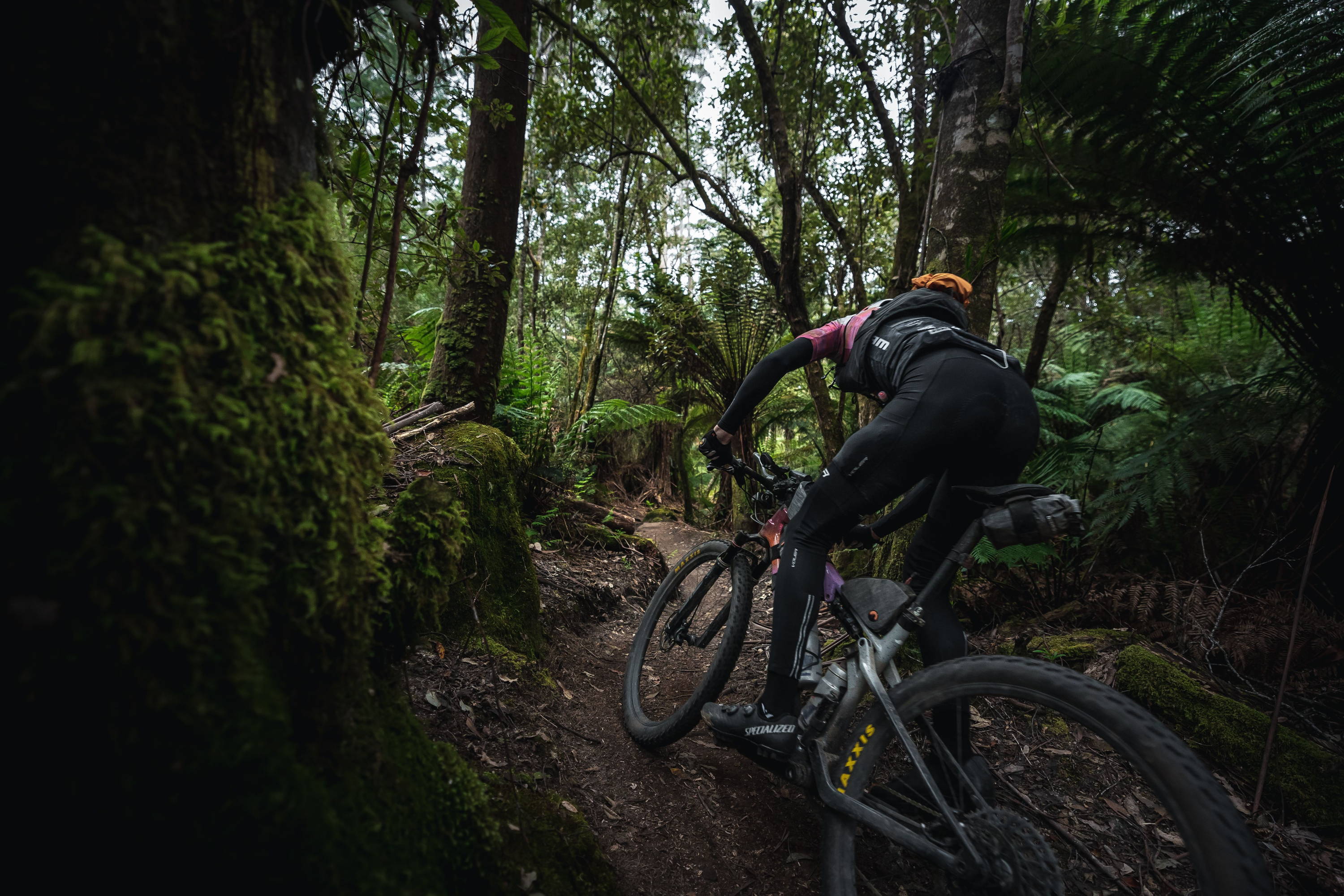 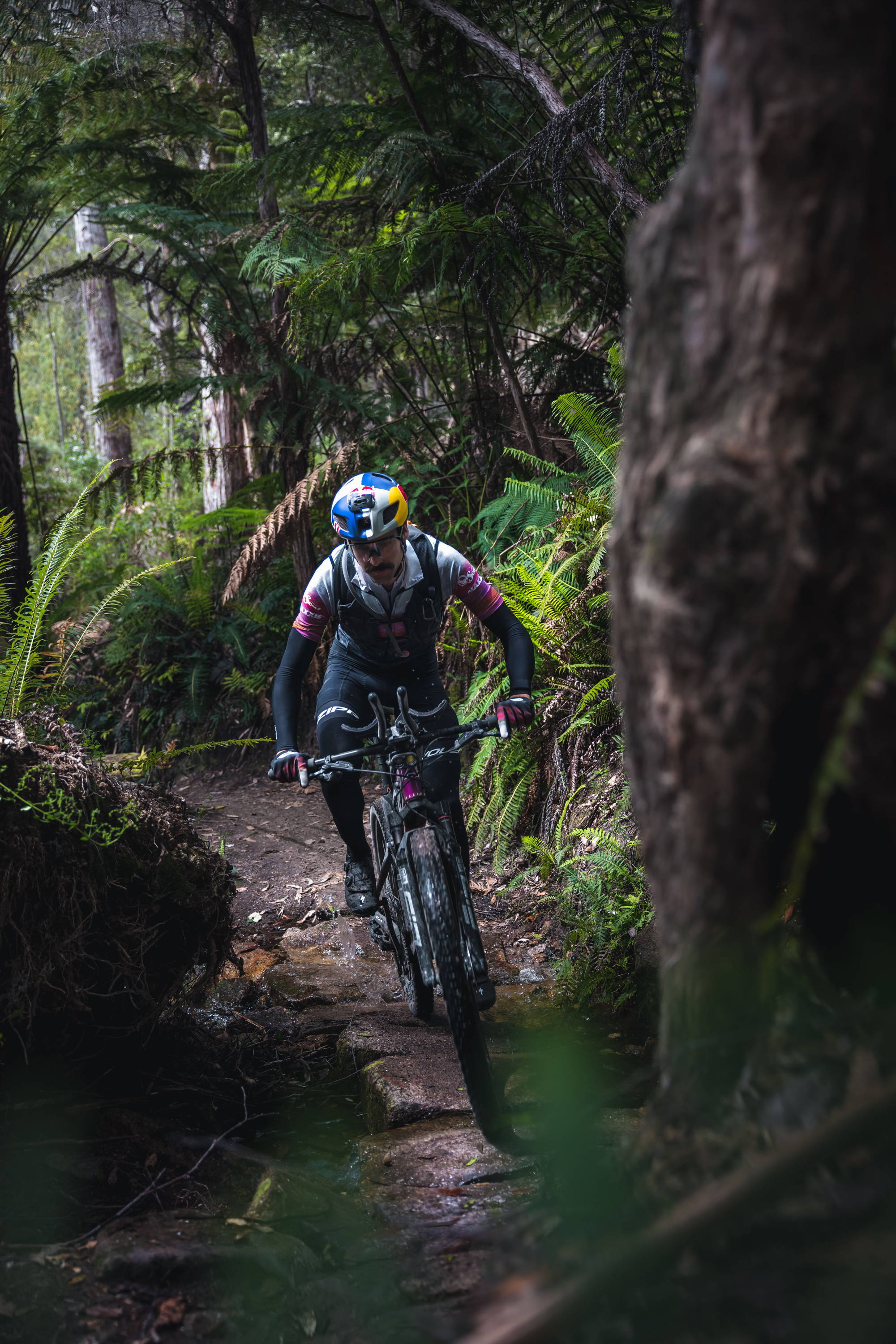 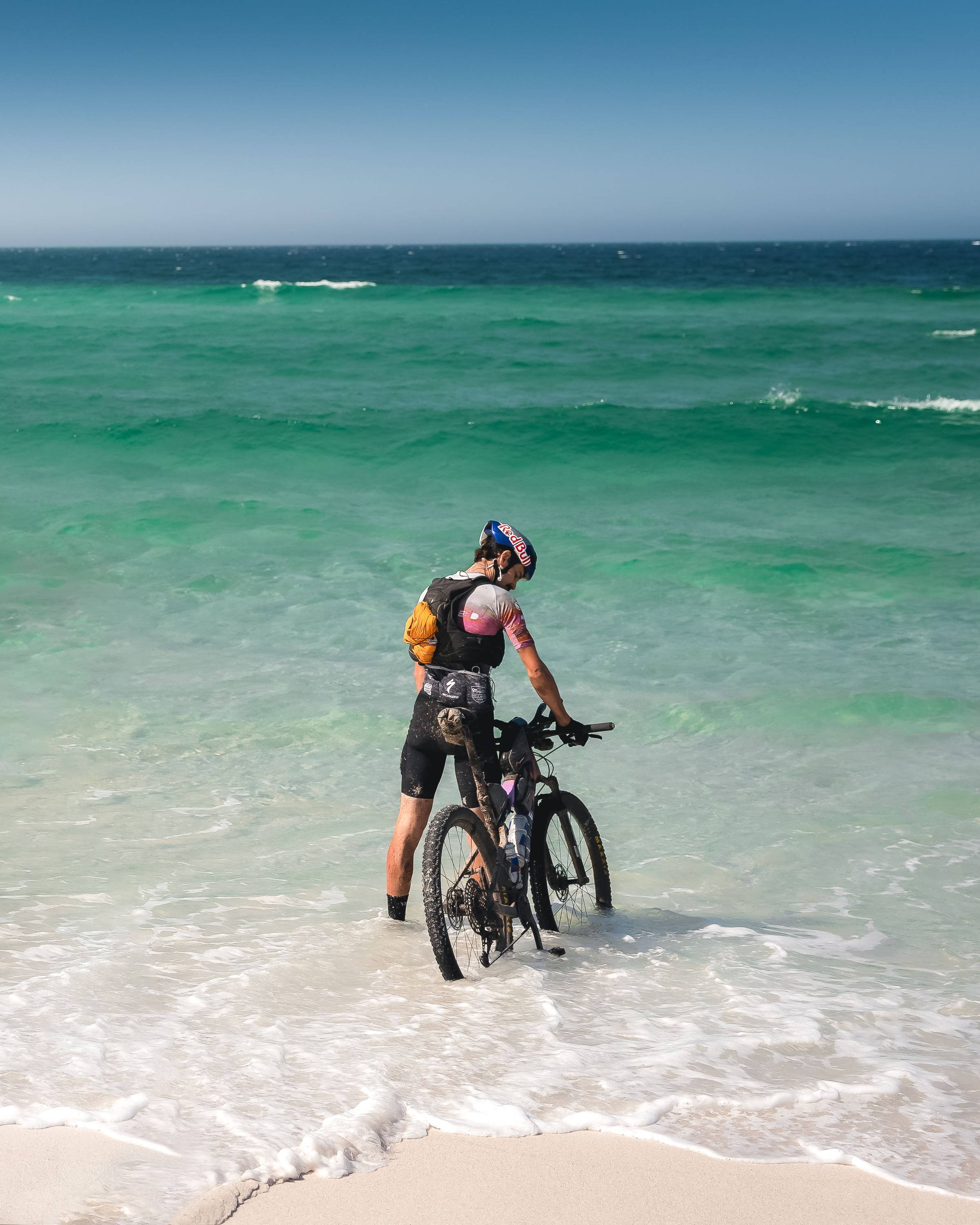 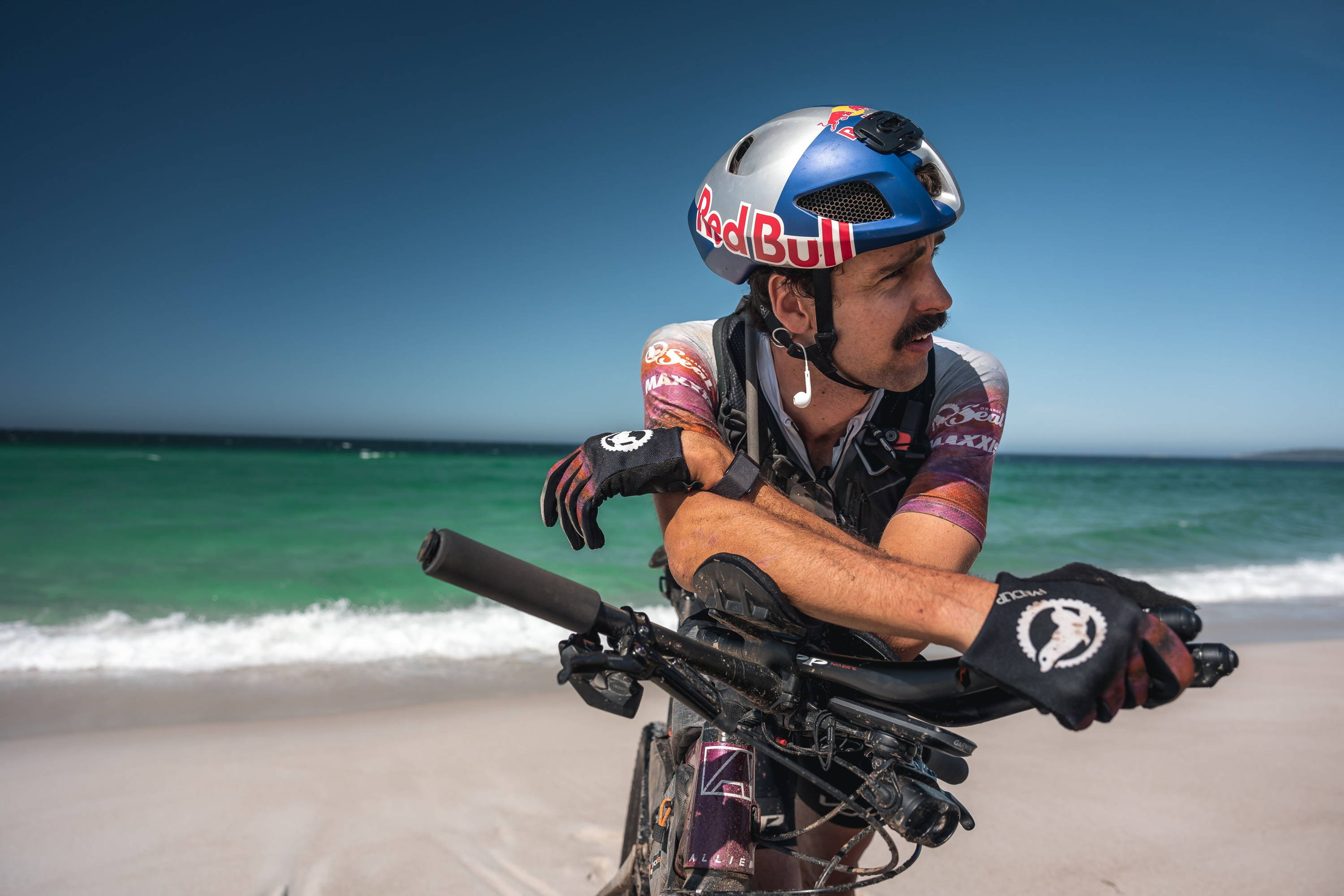