As I type this I’m sitting in the passenger seat driving home from the Leadville 100 and I keep getting bouts of goosebumps and having a ridiculous smile form on my face as I relive moments from yesterday. I never want to forget the feeling. I feel like I have so much to say about yesterday’s win, but I’m also struggling to find the words. I’ll do my best…

Part of what makes this win so special is zooming out across my season and looking at everything that happened to get to this place. So often we isolate moments and label them as “good” or “bad.” It’s an interesting exercise to look back even a couple of months and to think if I had known this was in God’s master plan for me this year, how would my emotions have changed. We never know what the future holds, we have to embrace the present, but at the same time, always hold out hope for an even better future.

Looking back at my season this year, it’s objectively the best season I’ve had to date. I’ve had more wins and stood on more podiums than any other year in my career, by far! I’m ranked higher in the World ranking than I ever have been before, by far! Yet, as athletes we always fall into the ‘more’ mindset. We know we are capable of more so we look forward, and push to reach our “full potential” whatever that may be. We can look through the lens of “this is my best season yet” or we can fall prey to the setbacks we’ve had as well, because my season hasn’t been free of those either. I’ve had health issues, illness, crashes, and injury in this season as well. At times your brain can play tug of war between feeling like you’re on the top of the world while simultaneously wondering if you’ll ever be enough. You must let the good thoughts win. You must keep the belief. I promise your time is coming.

It’s moments where your brain is playing tug of war that the team of people around you become more important than ever. I’ve had so many people breathing belief into me this year that it seems the final step was for me to jump fully on board. A special thank you to my coach, Chris Mileski!

With a big crash at the World Cup just 6 days ago, my prep for Leadville felt far from ideal. I had a barrage of doctor’s appointments leading into the race. I learned I had a Grade 2 AC joint separation. I was cleared to race, but warned it would “hurt a lot.” The doctor recommended I save my matches for race day and rest the shoulder by doing my final workouts on the indoor bike. I had no idea what to expect of my body going into Saturday, and I think that turned out to be a blessing in disguise.

I lined up in the early hours of Saturday morning with a quiet mind. I didn’t have many thoughts about the race and my expectations were wide open. I looked around and my competition and seeing the nerves in many of them I became acutely aware of what a strange feeling it was to be lacking nerves. 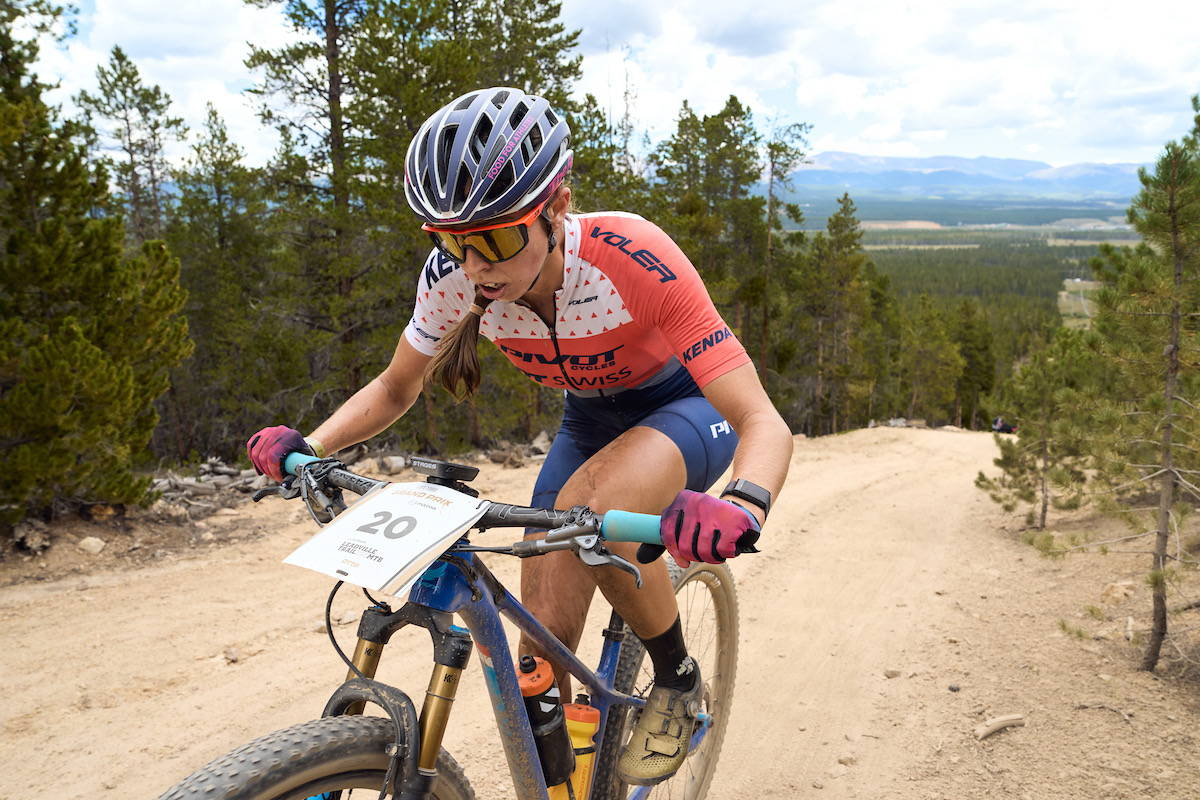 When the race started it felt like everyone bolted off of the line. We weren’t going fast, but it still seemed like people were jostling for position aggressively. There were crashes and many almost crashes in the opening miles. I found myself drifting back in the pack, not wanting to risk any injury to my alright fragile shoulder, and feeling like all of the aggression was a waste of energy with hours to go ahead of us. I found myself muttering the word “Unnecessary” several times in those opening miles as people cut others off, yelled, and slammed on the brakes. I felt relief when we were finally climbing because I could be calm and finally just race my own race.

One woman clearly set a faster pace than the rest and set off on an early mission. Normally this might be of special note in my mind, but yesterday I was so focused on myself I didn’t give much energy to the pace of others. I climbed steady up the first climb and found myself cresting the climb in a strong group of women in 2nd to 5th position. I wasn’t worried about placement though, I was focused on feeling and I felt in control.

I was a nervous ball of emotions as we descended down Powerline. It was the first test for my shoulder since the crash and I had no idea what to expect. I rode very cautiously and much slower than I otherwise would have, but when I reached the bottom, I took inventory and realized I was just fine. In that moment I realized I would be able to do the full race. I still wasn’t concerned with winning.

As we powered through the flats and rolling sections on Pipeline we had a strong group of women working together and it was a big highlight for my day. I didn’t feel like I was riding with competitors all trying to beat each other, I felt like I was riding with friends who were all trying to eek out the best from each other. It was another mindset shift that I believe was critical to success on the day.

As we entered Columbine I was sitting in 2nd/3rd with one other woman. The 1st place rider at that point was about 3 minutes up the road. The two of us began to encourage each other, even out loud at some points. We said “Just keep it steady. We can do this! We totally go this!” Part way up the climb I set my own pace and suddenly realized I was alone. I looked behind me and couldn’t see my competitors. I looked at my power meter and committed to a certain pace and encouraged myself that “I felt great and I was doing great.” As I approached the final 2 miles of Columbine I turned a corner and saw the Stars and Stripes jersey of the Marathon National Champion in first place just a little ways up the trail. It honestly took my breath away for a moment. I realized I had made up almost 3 minutes on her, and I would very likely set the fastest time on Columbine for the day. 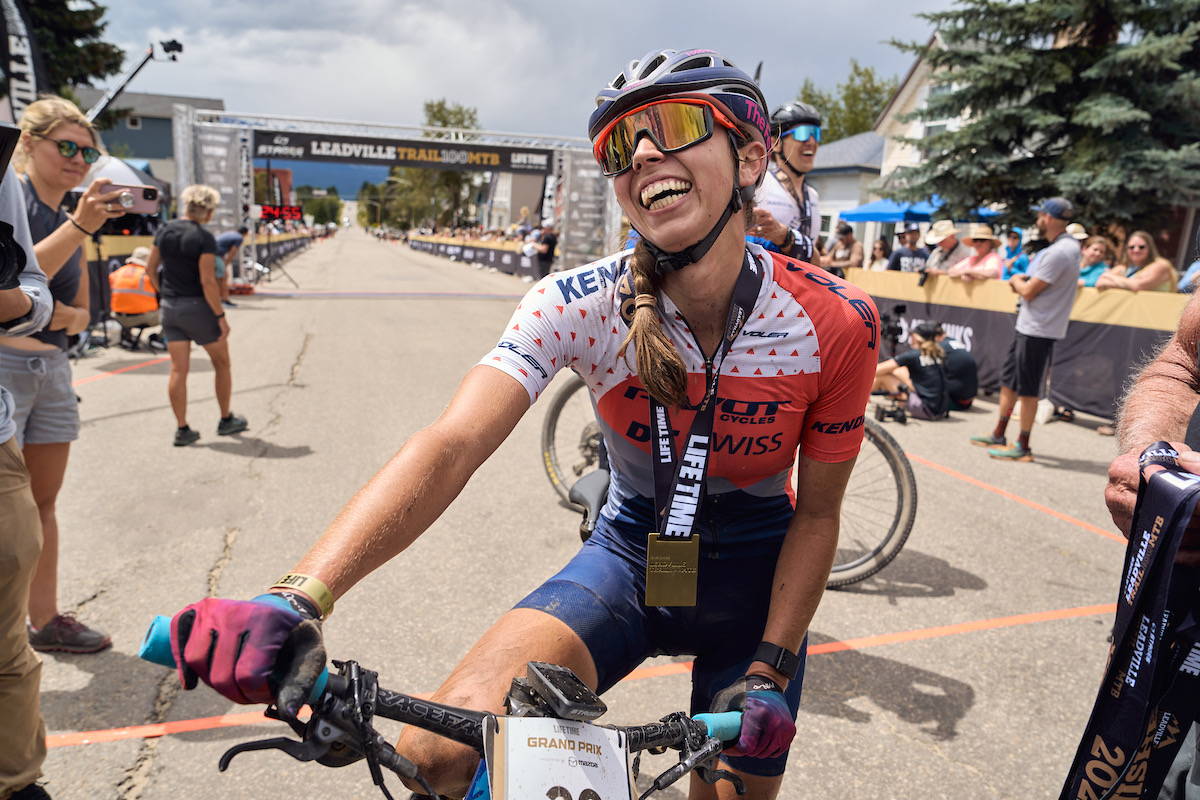 I caught her at the top of the climb, but again with cautious descending I lost about 40 seconds going down Columbine. At that point, I wasn’t worried about the time lost. I knew we had about 4 hours to go and I knew I could make up 40 seconds in 4 hours. I actually made up that time in about 3 miles and the two of us began to ride the flats together. We traded pulls and watching my power I realized my pulls were stronger and that’s when it hit me that it was my race to win if I played my cards right. We continued to trade pulls. I didn’t want to break away so early and ride the headwind alone, but eventually I realized that at the pace we were going we would be caught and I had to at least try. So at about mile 70 I increased the pace and set out on a solo mission to the finish.

From there on out I had to stay calm in my own head. When I entered the feedzones my pit crew was incredible, but I remained in a daze. I didn’t want to leave the world I was in in my own head. I was praying nonstop out there and God was answering my prayers.

It was a bold move to go it alone so early. I was nervous. I was excited. I was suppressing the emotion. I felt my mind drift to the excitement of “What if I win?!!?” I quickly pushed it away and rephrased with, “What an incredible opportunity to know what it feels like to lead Leadville. I wonder what it feels like to be leading at mile 80?” Mile 80 became, 85, 90, 95, 100. I was riding scared. I had no idea what the gaps were. I thought I could be caught at any moment. I both resisted the urge to look back knowing that I was giving it my all, but also managed to sneak a look back at every corner. I was forcing food down my throat. I would not lose due to a bonk. With 5 miles to go, I felt like I was in an all-out sprint. 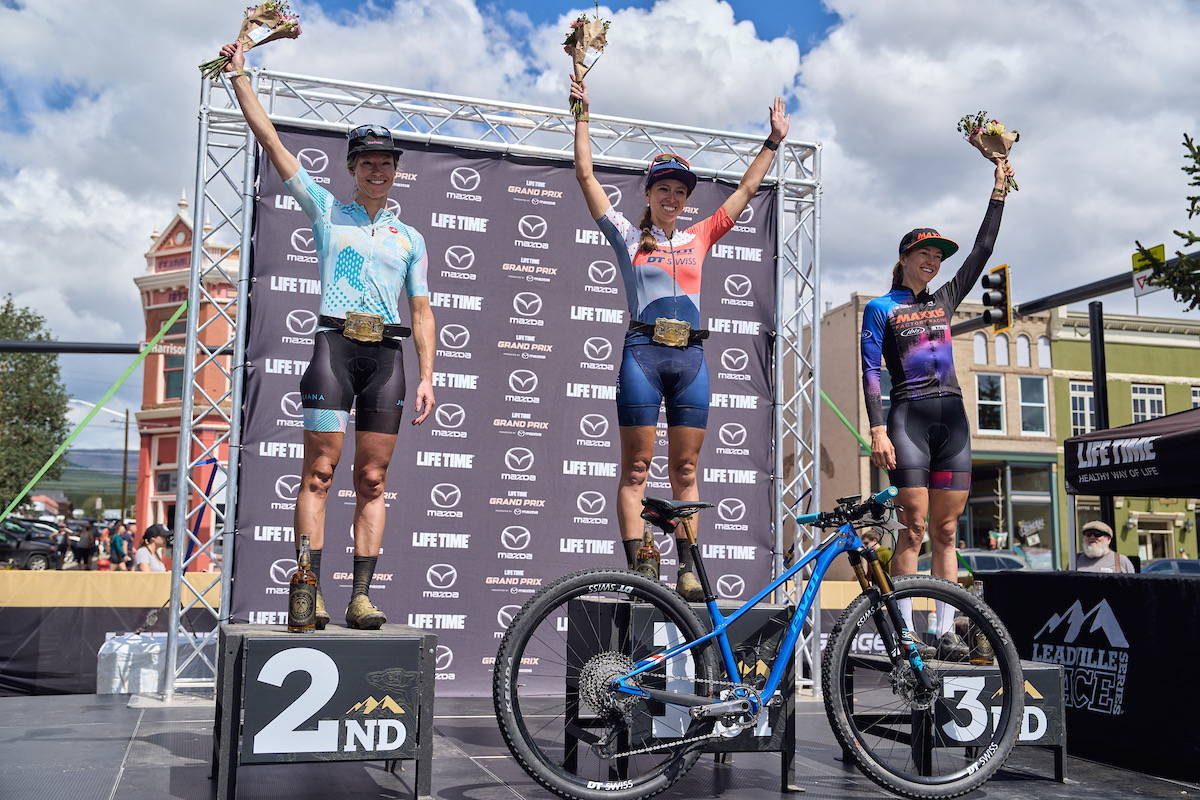 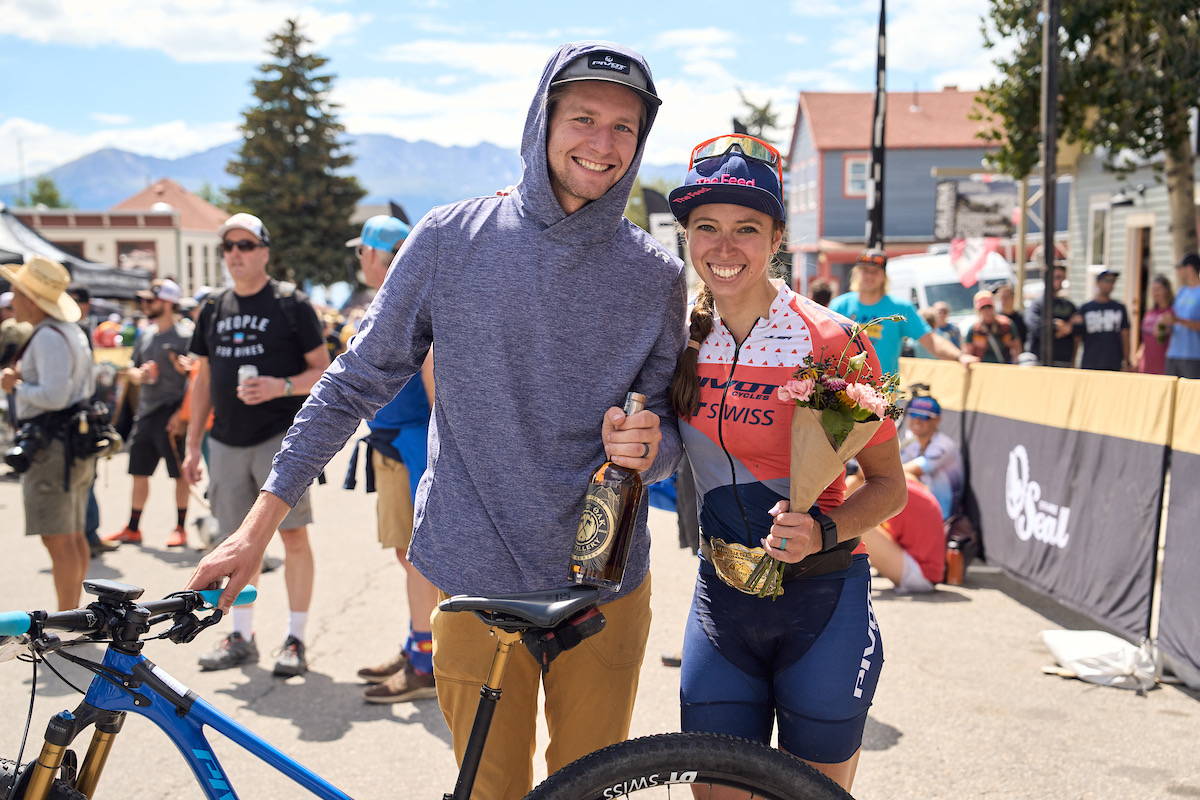